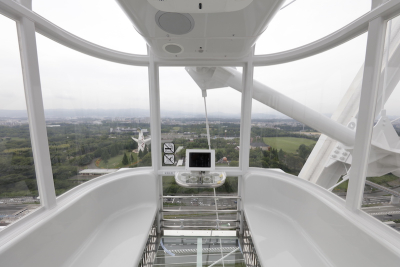 This addition to the site of Osaka’s World Expo is just the latest chapter in the long history that connects Expos with Ferris Wheels. Indeed, the first great wheel was invented by engineer George W. Ferris as the centrepiece of the 1893 World’s Columbian Exposition in Chicago. At the time, the organisers of the Expo set out to build a monument that would be more magnificent than the Eiffel Tower, which was famously built for Expo 1889 in Paris. Several designs were submitted by Ferris, with organisers finally agreeing upon his idea of a great wheel.

The original Ferris Wheel stood 80 metres above the ground at its highest point, and had 36 wooden carts for the passengers brave enough to take the ride. It continued to be used as an attraction in Chicago until 1903, when it was dismantled and transported to St. Louis for the 1904 Louisiana World’s Fair. 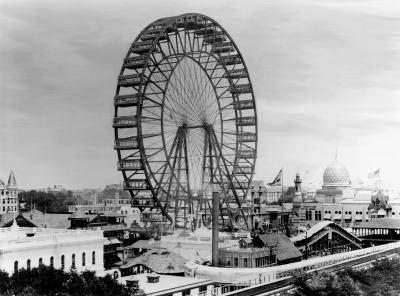 In comparison, Osaka’s new wheel is nearly twice as large as the original Ferris Wheel, and is equipped with 72 gondolas. Each gondola of the Redhorse Osaka Wheel has a transparent floor, and passengers can be comforted by the fact that it was designed with base isolation in order to reduce any damage from an earthquake.

In addition to regular gondolas costing 1,000 yen per person (around 9 euros), two four-seat "VIP" gondolas can be reserved for 8,000 yen (about 71 Euros). With its unparalleled view of Osaka and the Sun Tower, the Ferris Wheel is expected to become a major attraction in the city.

For more information on the Redhorse Osaka Wheel, visit the official website.