Celebrating the 500th anniversary of Vasco da Gama’s voyage to India, Expo 1998 was a transformational event for Lisbon, gathering over 10 million visitors under the theme “Oceans – A Heritage for the Future”. The Expo was a key moment not only for its journey into the theme, but also for the urban redevelopment it propelled, leaving Lisbon with a brand new district in the form of Parque das Nações. Twenty years after the event, In Focus publishes a three-part series by Laura Huntoon, originally published on the occasion of the 75th anniversary of the BIE, looking back at the innovative and sustainable ways in which the Expo was organised, and how its programming addressed a key theme of the time.

International exhibitions have a long history of introducing and popularising scientific and technological innovations. Like exhibitions of the 19th century, Lisbon’s Expo 1998 featured a series of technological marvels programmed into an experience for Expo visitors. Expo 1998 is characterised by significant innovations. Lisbon’s site was conceptualised as part of the display and the post-Expo use of the site guided Expo plans to a greater degree than at previous exhibitions.

In common with more recent Expos of the post-war period, the site of Expo 1998 presented an integrated environmental experience similar to an amusement park, providing an engaging experience in the in-between spaces that was as carefully programmed and as significant as the formal displays of pavilions. This programming of the space in-between the pavilions is not without precedence but the level of detail at Lisbon was exceptional. Both these in-between spaces that led the visitor from pavilion to pavilion as well as the more formal displays introduced a growing sensibility toward preserving the oceans, the theme of the Expo, and to sustainable practice in urban design to an international audience.

Even as Lisbon’s Expo 1998 programme followed many of the traditional structures and routines of an Expo, its choice of theme and its physical representations of this constituted a break from past Expos. Lisbon’s theme, “Oceans – A Heritage for the Future”, is both national and international in scope, simultaneously encompassing a worldwide resource and related Portuguese history.

Expo 1998 distinguished itself by its attention to the built environment and the careful design of the site. The plans for the site reflect an awareness of the visitor’s visceral experiences when on site. Related to this concern with the built environment is the innovative use of sustainable technology in the utilities and infrastructure of the site. Innovations in site design, the cognitive content of the site, as well as the duality of the theme gave a freshness to Expo 1998. The post-Expo uses that were embedded in the site and functioned well both during and after the Expo, represent a carefully nuanced conception of the potential uses of an international exhibition by a host city. 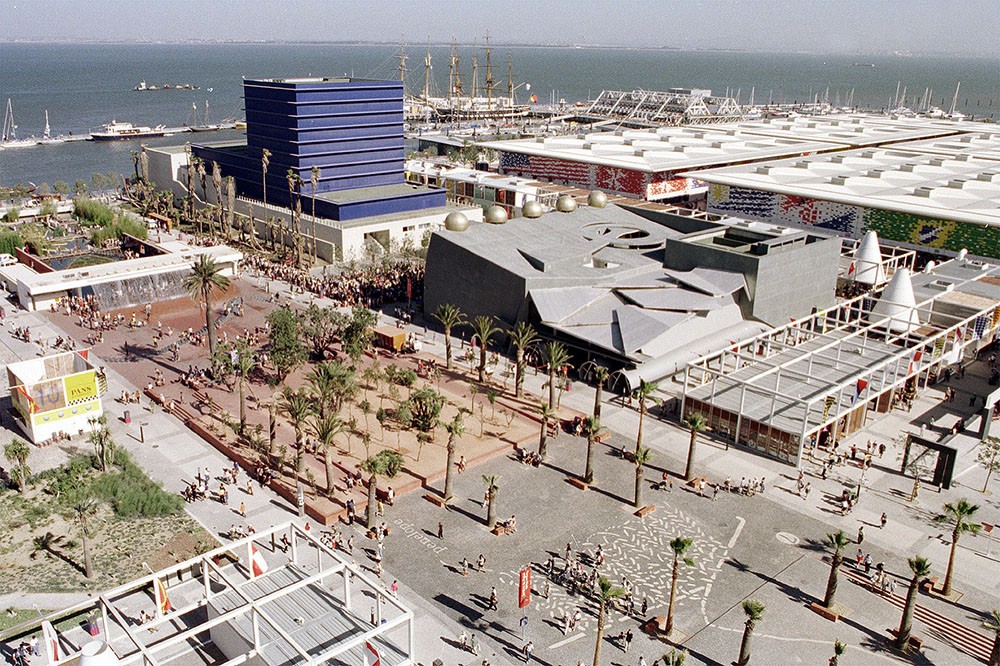 Thus, Expo 1998 Lisbon represents a move toward sustainability of the environment being closely associated with an Expo. Many of Lisbon’s pavilions and displays centred on oceans, the central organising structure of the earth’s environment. These exhibits and pavilions amplified the environmental content by displaying related topics. Notably, Lisbon is a turning point in highlighting the environment as a substantial Expo theme.

Beyond the motif of the ocean repeated in many exhibits, the entertainment, the daily programming, the creation of the site itself and planning for post-Expo use of the site, its structures, and related infrastructure all taken together represent a large-scale successful project that transformed an underutilised part of metropolitan Lisbon’s urban fabric and changed the overall structure of the outer ring of the metropolitan area. This preoccupation with post-Expo use illustrates the sustainable ethos embodied in the exhibition. This local focus acted as an organising principle. In keeping with developing a global environmental awareness of the ocean, the programming also emphasised the importance of the local environment, echoing one of the main refrains of the global environmental movement to act locally all while thinking globally.

At the local level, the construction of the Expo transformed brownfields, a former petroleum storage area, into the Expo site as well as creating adjoining parks and multi-use residential areas that permit use of fewer resources. The brownfield had been a major source of pollution along the Tagus estuary. Its clean-up and removal represented an important environmental improvement and a working example of sustainable practice. A series of innovations helped establish the site as an example of sustainable environmental practice. The installation of infrastructure grids that included accessible underground tunnels for all utilities represented another significant innovation in the overall green construction of the site.

In addition, a multi-modal transportation centre served as the antechamber to the exhibition park. The transit hub meant a reduction in automobile transport to the site and permitted visitors to travel efficiently. Within the site detailed mosaic sidewalks and pathways led visitors through the Expo area, creating a pedestrian-friendly walking environment. These improvements that encouraged the use of public transit to reach the site and also encouraged walking as the principal means of traversing the site are important components of sustainable practice. The design and construction of the core buildings of the site were done with an eye to subsequent reuse of the major pavilions and landscape features. This reuse represents a commitment to sustainability. 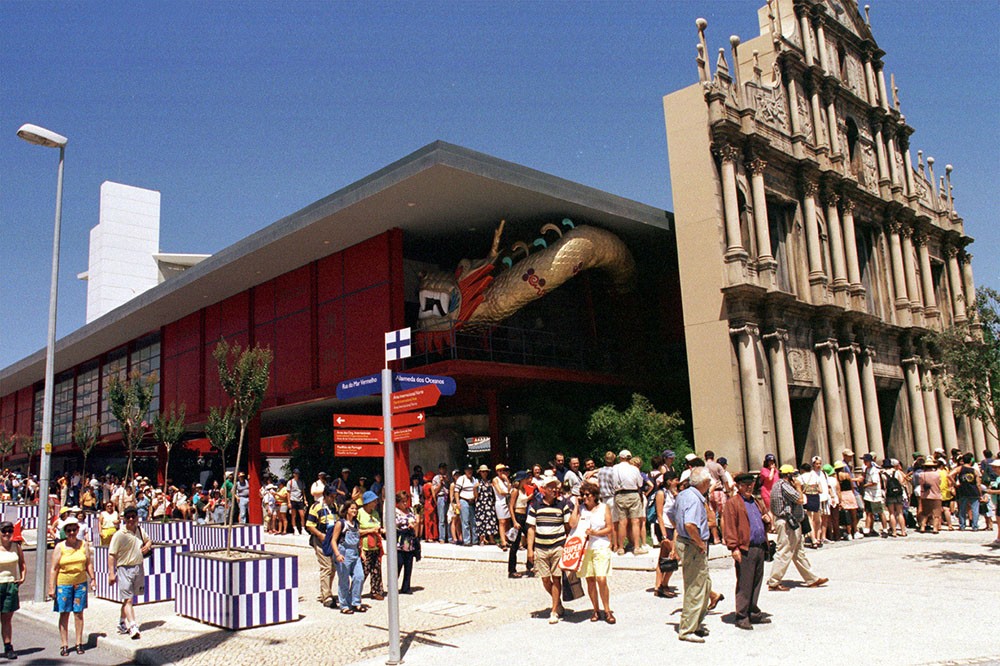 Although much of the built environment addressed the topic of sustainability in urban practice, relatively few of the exhibits at Lisbon treated sustainability directly. Indeed, although a case could be made that sustainable practices at the site itself are part of the behaviours by humans that will help preserve the oceans, little was made of these innovations in the entertainment programs of the exhibition. In keeping with its theme “The Oceans, a Heritage for the Future,” the environmental education portions of programming included:

All of these topics have intrinsic importance, but a connection between the Tagus, the Atlantic, and the management of the site and Lisbon itself was not made explicit. By contrast the elements of environmental education programming identified as consistent with the official theme, received much attention in the Portuguese pavilions and the pavilions of many exhibitors. Furthermore, several pavilions sponsored by private enterprises were given preferred locations and special promotions as were the pavilions of former Portuguese colonies. These pavilions included those most visited during the Expo. The featured national pavilions were:

Of the former colonies, Macao had the most exposed site, an independent building along the main north-south axis adjacent to the Sun Gate. Macao’s position at the Expo was unique. It had a pavilion and was neither an independent nation nor an independent private organisation. The Macao pavilion had a clear focus on tourism. Its interior featured gambling and Formula 1 racing while its façade recreated an historic Portuguese church.

Pavilions of the former colonies that were independent nations in 1998 were located throughout the exhibition grounds and not organised in any recognised grouping. Angola, Brazil, Cape Verde, Guinea-Bissau, Mozambique, São Tomé and Príncipe all acknowledged their Portuguese roots but had independent pavilions in the various international areas. Angola’s display concentrated on introducing the people of the world to Angolan cultural traditions and included a mention of its beaches and maritime environments. Brazil’s pavilion emphasised the Expo line of the ocean given its historic geography that has made its Atlantic coastline the cultural and economic centre. Cape Verde’s pavilion highlighted the political development of Cape Verdien democracy and its close ties to the economy of the European Union. Guinea-Bissau concentrated on its economy, its products, and its tourism industry. Like Brazil and Angola, Cape Verde and Guinea-Bissau also made much of their geographic location and the importance of the ocean. Mozambique used the symbol of the ocean in the construction of a wavy pavilion roof. São Tomé and Príncipe presented representations of an historic colonial dwelling, a coffee plantation, and a fishing ‘palafito,’ a stilt dwelling built over water. Each pavilion also provided space for cultural performances. These pavilions had a brief mention of oceans but made more of unique local attractions, national culture, and economy. 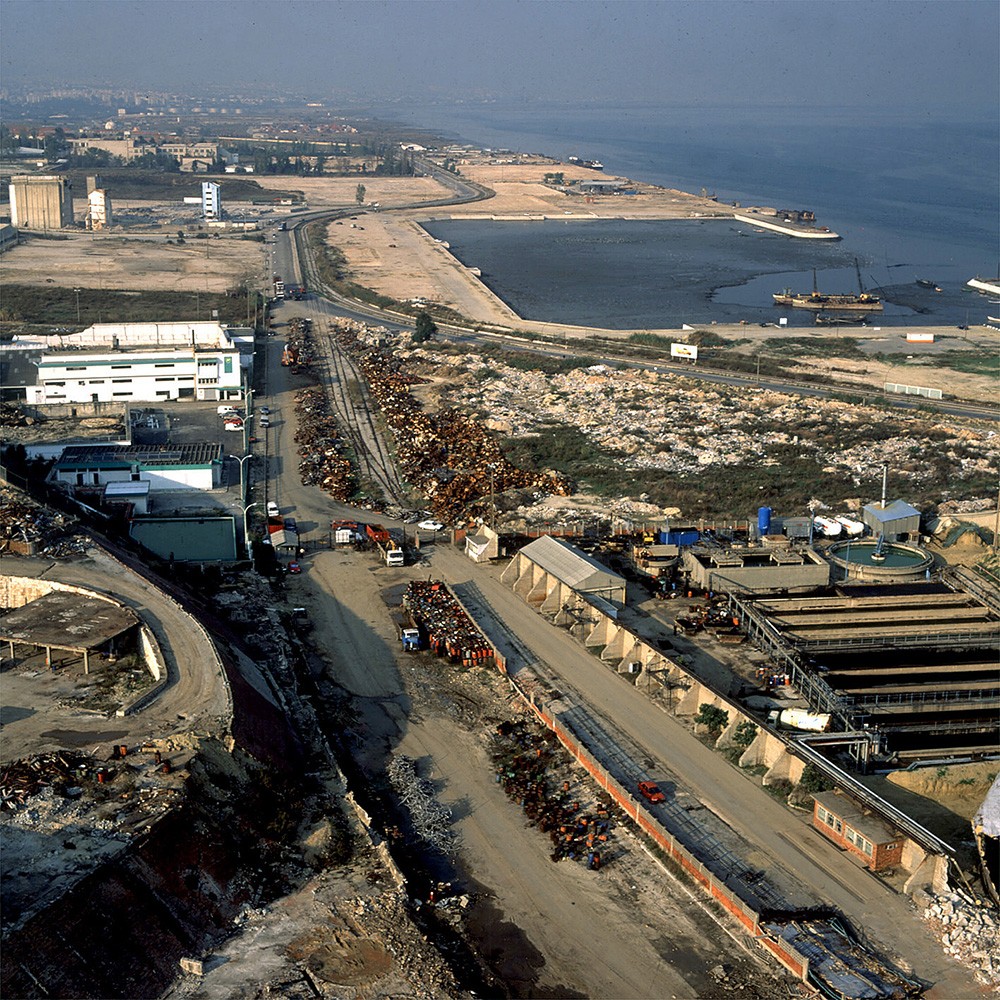 Considering the exhibition grounds as a unified whole, the featured pavilions and significant outdoor areas that were attractions in themselves were located along the central axes of the site. This physical organisation echoed the philosophical organisation of the national pavilions and the built environment. The layout made daily outdoor entertainment relatively easy to locate. The central entrance gate provided a vista of the river. Following a line of poplar trees along the reflecting pool led the visitor to the Utopia Pavilion and then on to the Oceanarium. Following the southern axis, led to the Portuguese national pavilion.