Awareness of environmental concerns in planning and construction of the site

Formal planning for pre-Expo construction and post-Expo use of the site in Lisbon is notable for its close attention to long-term use of the site. The layout of the Expo site for Lisbon related in many ways to the vision for the larger metropolitan area. Overarching goals focused on an integrated development that was multi-use and accessible to the wider urban area. The Expo was viewed as a tool for urban regeneration at the metropolitan scale.

The formal maps for the site demonstrated a concern with providing public space, protecting viewsheds within the site, creating a street grid that would be efficient for pedestrians, establishing a green infrastructure integrated into the urban fabric, giving attention to aesthetic and ecological values in both the architecture and infrastructure of the site, and reserving room for future redesign and changes.

Elements of sustainable practice in both the planning and construction of the site include brownfield recycling; transit-oriented development incorporating residential and commercial uses adjacent to multi-modal transit; an integrated infrastructure grid; and a method for reuse designed at the beginning of the process. Any one of these represents an important innovation in urban design and the disposition of space. The presence of all of them makes the planning for Expo 1998 remarkable. 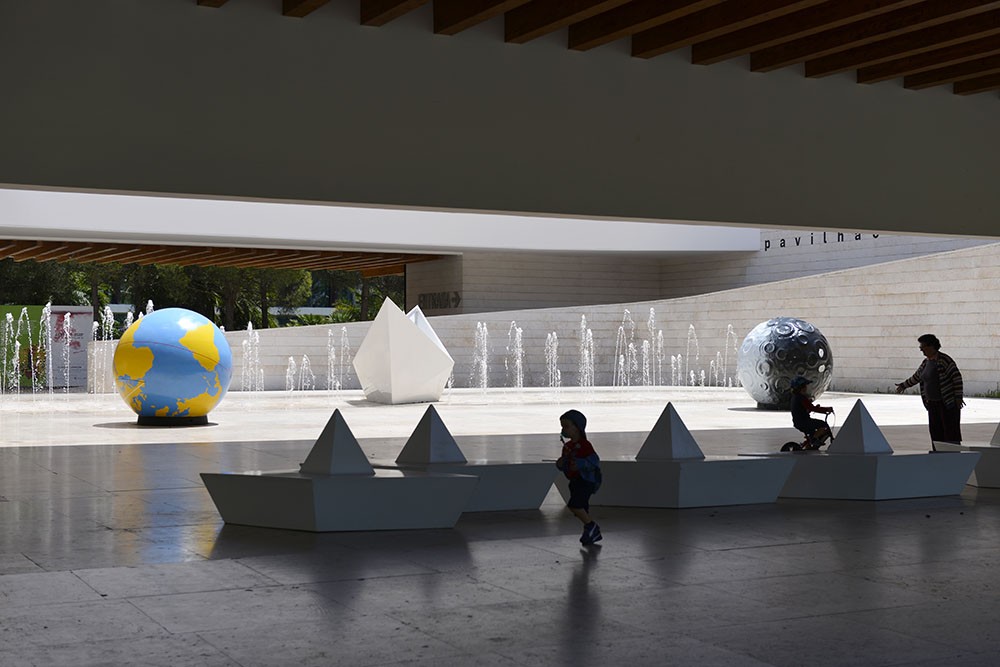 The first round of documents showing the exhibit site included both Expo operations and post-Expo use of the site, making clear that a vision of urban regeneration was part of the earliest conceptualisations of this exhibition. The site chosen for the Expo had an abandoned tank farm, petroleum storage area, at its centre so before construction of the Expo site could proceed, environmental remediation was undertaken. The clean-up of the soil and the removal of the oil tank farm represented an important environmental improvement. The transformed brownfields became the heart of the Expo site.

Adjacent territory was earmarked for parks and multi-use residential areas that permit use of fewer resources. The smaller area plans focused on integrated land use that permits daily life to proceed with relatively lower use of carbon-based resources.

There is some evidence of awareness of sustainability practices during the run of the exhibition. The green standards for pavilion operations were provided to all pavilion operators and followed to some extent. These included operational standards for solar radiation on buildings, use of water and recycled grey water, and solid waste recycling. At the beginning of the site development process, observers noted a lack of efficient infrastructure in Lisbon and saw that Expo 1998 had the opportunity to remedy many of these urban deficits, similar to World Expo 1992 in Seville.

Although not part of the official guide, many post-Expo innovations in land use and the built environment suggest that urban regeneration was Expo 1998’s principle objective. Significant evidence of sustainable practice is available from the legislative record. The national government presented a revised plan for the disposition of the Expo site that was published 31 December 1999, eighteen months after the official close of the Expo.

In his discussion of completing the urban plans for the intervention zone then Secretary of Environment José Sócrates Carvalho Pito de Sousa emphasises the goal of creating a zone that functions as a new central place as well as an articulated node in the urban fabric. This plan was a revision of the 1994 plan proposed prior to the Expo.

"As visitors to Expo 1998 made their way to sights, they traversed a pedestrian-scale landscape with intuitive connections"

This innovative urbanism did not receive direct attention at the Expo. Sustainable urbanism was not part of the cognitive content in the programming of the exhibits. Although many elements of the Expo site were provided to create an efficient post-Expo urban space, these elements received only secondary publicity.

The improvements to the landscape, the preservation and framing of viewsheds, provision of water drainage areas, placement of public utilities, the inclusion of water and gardens were highlighted to a much lesser extent than the pavilions and the daily entertainment. The publicity and guides assumed that visitors sought pavilions and related displays as the objective of their visits while the unremarked operations provided detailed mosaic sidewalks, clear vistas of water, allées with shade, and play spots with mist. 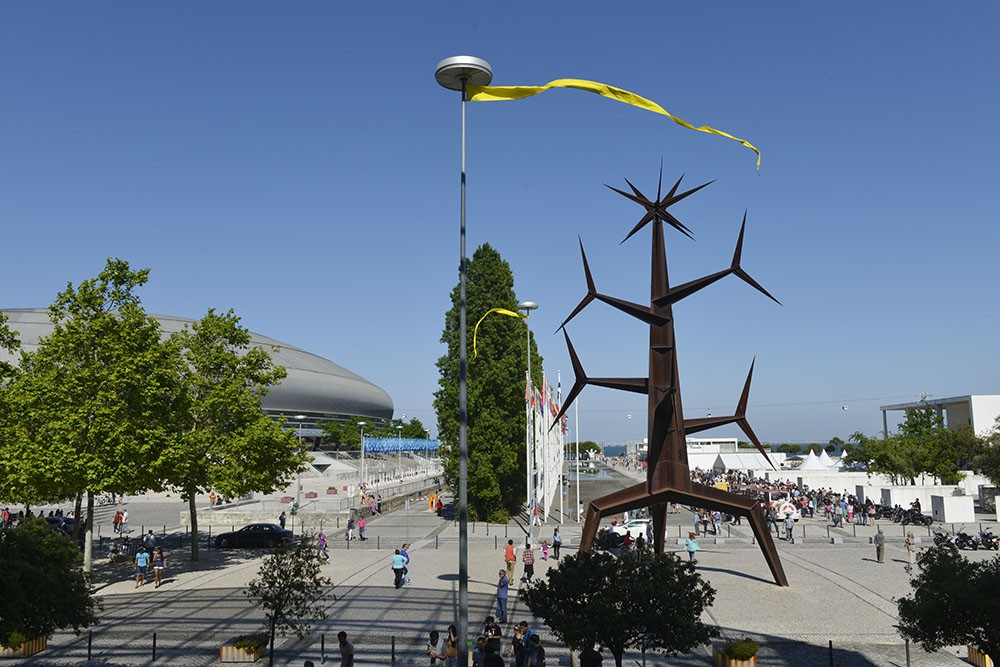 Expo 1998 Lisbon introduced new content and new conventions into the programs and entertainment for Expos. Lisbon’s innovations are reflected in both its official theme and its site. The theme focused on an international subject matter, Oceans - A Heritage for the Future. The exhibit site embodied a new sensibility toward creating a sustainable built environment. As visitors to Expo 1998 made their way to sights, they traversed a pedestrian-scale landscape with intuitive connections and perhaps visitors appreciated this achievement although few direct references were made to these creative elements of the built environment.

The essence of a sustainable urban plan is to create a sense of place, accessibility with alternatives to automobiles, and connectivity between commercial, residential, and productive areas. This goal has yet to be achieved, but the grounds of Expo 1998 represented a step forward to a more sustainable urban environment. During Lisbon’s Expo, many facets of preservation and conservation were featured in the displays and the site itself drew attention to the relationship between human society and the ocean. Expo 1998 had many highlights and moments of entertainment, but its most innovative feature was not environmental education but environmental practice.