Powering Devices: from the Hubbell Plug and beyond The transfer of electricity has long been a conundrum for inventors and electrical engineers, and the question of power supply to different devices continues to be a focal point of research and development. Wireless systems and radio frequency signals increasingly look to be the future of powering devices, with many of the latest innovations to be showcased at Expo 2017 Astana.

Before the 1904 Louisiana Purchase Exposition in St. Louis, there was no standard method of the various electrical appliances and devices that had been invented. Thomas Edison had already wired a number of homes in New York City, but one vital element was missing that changed the way we consume power forever: the plug and socket.

The urgent need for an electrical plug arose because portable appliances like electric fans and desk lamps were being connected to the main power source of houses using lamp holder plugs that were unstable and dangerous.

A solution was needed and American inventor and pioneer in the electrical industry, Harvey Hubbell, was just the man for the job. Author of the socket for incandescent lamps, using a pull chain design that is still relevant today; he created a separable attachment plug, consisting of two round pins and annular dents; to retain the plug in the socket, as opposed to the light-socket style plugs frequently used at the time. 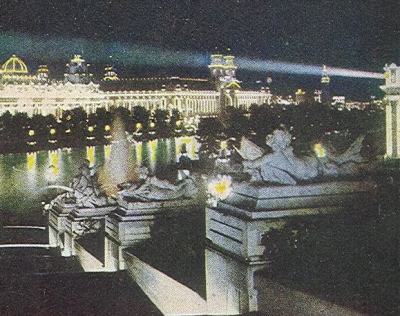 During Expo 1904 St. Louis, Hubbell patented and displayed his remarkable plug and socket technology that would allow for non-bulb devices to be plugged into a light socket for power, and then went on to modify the round pins in favour of coplanar flat ones in 1906. By 1915, Hubbell’s plug design had spread like wildfire, as Hubbell found a way to harness the fantastical electrical energy for safe and simple household use by people with no electrical or technical knowledge.

The detachable electric plug had a significant impact on the electrical industry and the world in general, because it revolutionised the way electrical wires were connected and disconnected from a power supply; and also provided a convenient way of tapping into electrical power without users having to deal with live wires, which caused electric shock. Hubbell’s discovery kicked off a tidal wave of electrification throughout the land and permitted Philip Labre to make an invention in 1928, which reduced electrical shock even further.