A to Z of Expo Architects: Haim Dotan Unique structures are one of the highlights of World Expos, and it is often among the national pavilions that some of the most striking buildings can be found. Such is the case for Haim Dotan’s curvilinear pavilion, designed for Israel at Expo 2010 Shanghai, which takes the “D” spot in the Expo Architecture series. 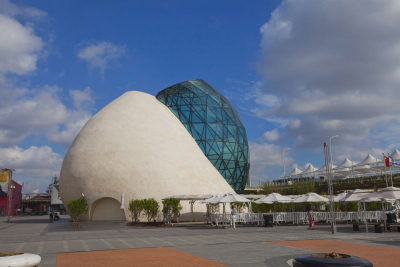 Shaped like a seashell with distinctive stone and glass forms, the 24-metre high structure was designed to embody dialogue on different levels. Past and future, humanity and nature, earth and sky; the pavilion’s two parts symbolised the possibility of an embrace between two different elements.

The resulting pavilion offered Expo visitors a physical and spiritual meeting point; between two cultures, and between tradition and modernity. Following the Expo, the architect continued his work in China, designing the Zhangjiajie Grand Canyon Glass Bridge, the world’s largest glass bridge, which opened in 2016.