A to Z of Expo Architects: Frei Otto Engineer, architect and pioneer of tensile structures, Frei Otto takes the “O” spot for this week’s A to Z of Expo Architects. Rising to fame for designing the Federal Republic of Germany’s revolutionary pavilion at World Expo 1967 Montreal, Otto later added to his Expo contribution by co-designing Japan’s iconic paper pavilion at World Expo 2000 Hannover.

Fascinated since early in his career by tent-like structures for their efficient and ecological benefits, Otto was a specialist in creating lightweight buildings through the use of membranes and tensile forms. Following on from several smaller-scale creations, the German architect took the concept of “formal freedom” to a new level in designing, with Rolf Gutbrod, the German pavilion at Expo 1967, which took only six weeks to be erected. 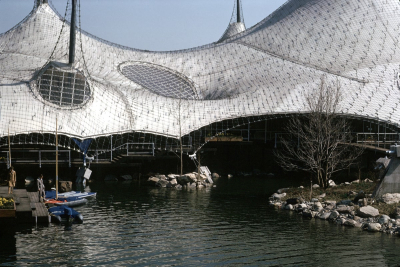 The pavilion’s roof, made out of cable nets, was supported by eight steel masts of varying heights defining high and low points, and covered by a translucent plastic skin spanning 8,000m2. This gave the pavilion – whose roof was gently hanging from the masts – a natural, free from, resulting in a bold visual impact for visitors. 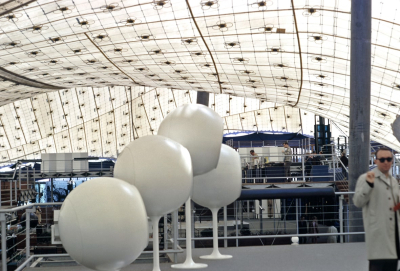 As the largest spanning of his structures at that point – and one with significant visibility – Otto’s pavilion marked a turning point in tensile structure architecture. The architect went on to repeat his exploit by designing the Munich stadium for the 1972 Olympics, an impressive structure reminiscent of the Expo 1967 pavilion that still stands to this day. Continuing his career in the following decades, Otto was awarded the Pritzker Prize in 2015, which he received posthumously.