A to Z of Expo Architects: Daniel Libeskind Renowned Polish-American architect, artist and designer Daniel Libeskind occupies the L spot in the A to Z series. For World Expo 2015 Milan, Libeskind’s studio created not only a corporate pavilion for Chinese property developer Vanke, but also the four gleaming gate-like structures in the heart of Piazza Italia – ‘The Wings’.

A well-established figure for the daring and spectacular shapes of his designs, Libeskind teamed up with Vanke to create a pavilion that developed Expo 2015’s theme “Feeding the Planet, Energy for Life”, and which showcased green technology and sustainability, both in its form and its content. 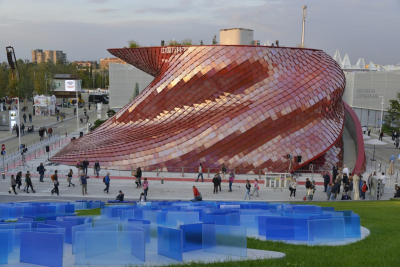 With its 12-meter-high spiraling shape evoking a dragon, the pavilion was a beacon of light for Expo visitors with its 4,000 metalized ceramic tiles specially designed to be sustainable and self-cleaning. In designing the structure, Libeskind incorporated ideas drawn from Chinese culture, in which the dragon, a creature linked to farming, asserts the possibility of building a community through food production. 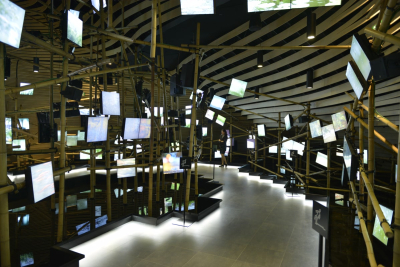 The meaning behind the pavilion was also reflected in the interior exhibition design: juxtaposing fast-paced city life with the slow motion of a shared meal, alternating between chaos and calm. The bamboo scaffolding and white mosaic tiles, visible only once inside, added to the pavilion’s Chinese style, contributing to the essence of the ‘Shitang’ traditional dining structure. 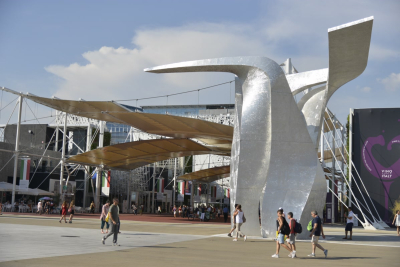 With Libeskind having designed the pavilion to be easily recyclable, it was built as a ‘kit’, with all the components ready to be dismantled and reused following the Expo.