During its six-month run from 20 April to 12 October 1992, the World Expo recorded 41.8 million visits. The visitation was more than twice as high as Organisers expected, and was all the more remarkable as it was higher than Spain’s’ population at the time – 39 million.

2. Expo 1992 spurred the resurrection of the Cartuja monastery 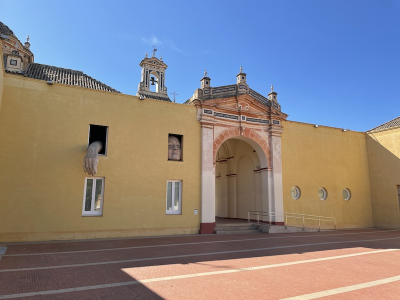 The only existing structure on Cartuja Island was the Cartuja monastery, where Christopher Columbus spent time prior to his voyage to the New World. Having turned into a ceramics factory in the 19th century before falling into disrepair, the 15th century monastery was significantly restored for Expo 1992 Seville, where it was used for major events and to welcome foreign dignitaries. After the Expo, the restored Cartuja monastery became the Andalusian Centre for Contemporary Art (CAAC), and now stands out as being Seville’s leading museum of modern art.

Reflecting and anticipating growing consciousness of conservation and sustainability, Expo 1992 Seville put a major emphasis on the protection of the environment, including a Pavilion dedicated to the Environment, where visitors could choose the path to follow in the future, and another dedicated to Energy.

The Pavilion of Nature featured a scale model of the Amazon rainforest to inform visitors about the threat of deforestation, while climate-moderating architecture featured in the construction of some pavilions, such as Grimshaw’s design for the United Kingdom’s pavilion, which pioneered modern techniques and materials to cool the temperature with minimal energy use.

4. Expo 1992 pavilions in Seville and around the world 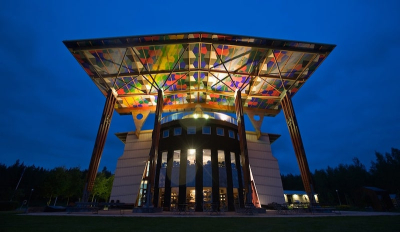 Many of the national and international pavilions built for Expo 1992 Seville still exist today, some in Seville and others further afield. Morocco’s pavilion, still on the former Expo site, now hosts the Three Cultures of the Mediterranean Foundation, which promotes peace and dialogue among the peoples and cultures of the Mediterranean. Sweden’s wooden pavilion, meanwhile, was relocated to its home country where it now houses the Grythyttan Academy for Culinary Arts, and the pavilion of the Aragon region now stands in Zaragoza where it is used as the headquarters of the regional employers’ federation.

Visitors, former staff and even young people who may not have known Expo 1992 Seville continue to celebrate and commemorate the lasting legacy of the World Expo. The citizen association Legado Expo Sevilla organises tours of the former Expo site, raises awareness about the physical heritage of the Expo and promotes its memories. On the occasion of the 30th anniversary this year, a series of events are taking place, including exhibitions, concerts at Finland's pavilion, and special exhibits from the General Archive of Andalusia, which is headquartered on the former Expo site.