At the end of the project examination phase, BIE Member States will vote for the host country of Expo 2022/23 in a secret ballot at the 162nd General Assembly of the BIE due to be held in November 2017. 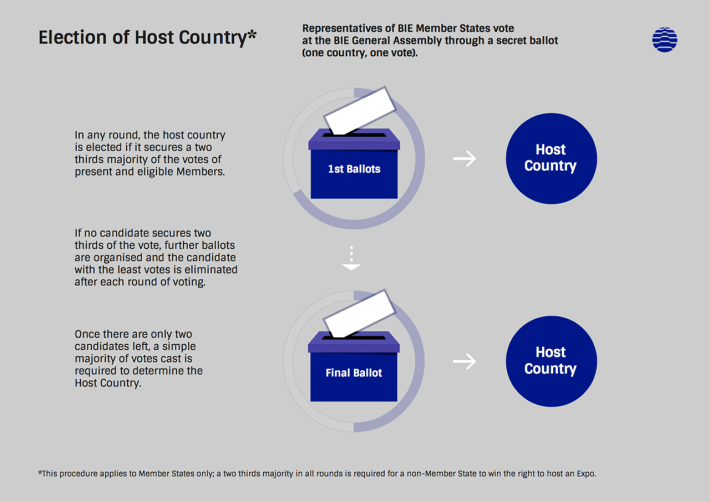 Following the vote, the future host country will work with the BIE to formalise its Specialised Expo project and will submit a definitive implementation plan, known as a recognition dossier. This dossier needs to be submitted to the BIE at least four years before the opening date of the Expo, so that it can be recognised by the General Assembly.