To commemorate the Expo’s experience and legacy, a weekend festival programme – ¡Viva HemisFair! – is being held in San Antonio on 6-8 April. The three-day celebration in HemisFair park will include free music and cultural performances, as well as a fashion show from the era, art displays and historical exhibitions. 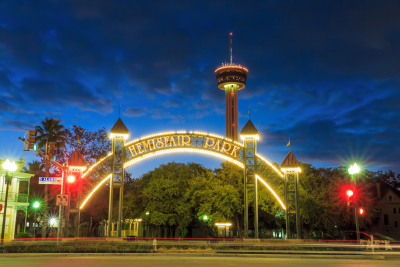 The Institute of Texan Cultures (ITC), which is based in the Expo’s former Texas State Pavilion, is organising two exhibitions: “VIVA Hemisfair”, which tells the story of the Expo’s preparations using photos and videos from the time, as well as “VIVA ITC”, which focuses on the heritage of the Institute. Both exhibitions will be inaugurated on 6 April and will remain open for the rest of the year.

In the Expo’s former Mexico pavilion, which is now home to the Mexican Cultural Institute, the “Common Currents (1968-2017)” exhibition will use various artistic mediums to tell the story of the city’s evolution since Expo 1968. Additionally, UNAM San Antonio is celebrating the anniversary with the “San Antonio Fandango” exhibition by Momo and Pompa, open between 6 April and 18 May. 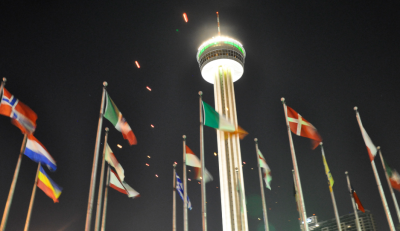 Meanwhile, a Historic Home Tours on 8 April will allow visitors to learn more about Hemisfair Park, from before, during and after the Expo. The Tower of the Americas – the centrepiece of the Expo site that remains a symbol of the Alamo city – will also join in the celebrations, hosting a Retro 1960s car show and a wine festival during the anniversary weekend.

Cultural and festive activities marking Expo 1968 will continue throughout the summer within the scope of the city’s tricentennial. The history of HemisFair ’68 will notably be the focus of a special exhibition at McNay Art Museum between 3 May and 29 July.

For more information on all the anniversary celebrations, visit the official websites: hemisfair.org and sanantonio300.org