Vancouver hosted a Specialised Expo back in 1986 that transformed the sleepy city on the Pacific coast to consistently being voted as one of the most livable cities, where last year it ranked sixth. Expo 1986 propelled the largest city in the Canadian province of British Colombia (BC) on the global spotlight and accelerated the economic development that was much needed to transform it to the global player it is now. Expo 1986 is even credited with helping get BC out of recession as well, which hit the province hard especially in 1982.

When I first went to Vancouver and BC back in 2014, when I was working with the BC provincial government with my former employer in London, it was remarkable on both a professional and personal level to see many things around me and realise they were all consequences of Expo 1986 – from the Skytrain to the famous Canada Place to the developments surrounding the waterfront. 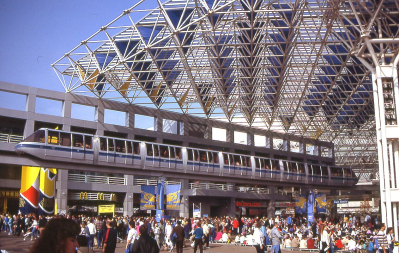 How did Expo 1986 Vancouver transform the city? It happened in various ways:

It propelled economic development, particularly in transportation and other infrastructure

For Expos organised under the auspices of the Bureau International des Expositions (BIE) as well as other large-scale public gathering events, particularly the Olympic Committee and the FIFA World Cup, it is preferred for cities to develop sustainable infrastructure for mega-events. In other words, it is ideal to create the infrastructure needed for hosting large gatherings like an Expo, Olympics or World Cup but importantly to have those projects be reused after the event. Just like Chicago, London, Seattle, and Paris, Vancouver also generally successfully utilised much of what was built for its Expo. 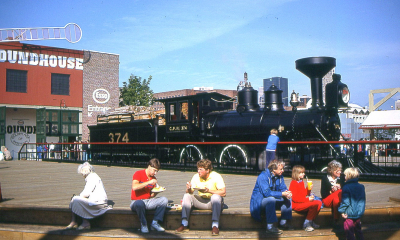 The theme of Expo 1986 was "Transportation and Communication: World in Motion - World in Touch” and much of that remains to this day in the city, in particular the Skytrain’s Expo line, which was incorporated to the Vancouver transit network. Other key infrastructure for Expo 1986 that was reused post-Expo were Canada Place (which was Canada’s Pavilion during the Expo), BC Place, the Roundhouse Community Centre, the Dr Sun-Yat Sen Classical Chinese Garden and Science World. A cooperative planning process between the developer and Vancouver generated a masterplan for the 115-ha site that has had an impact on the development of downtown Vancouver.

Fun fact – the famous Dubai Marina (the world’s largest man-made marina) is actually inspired by False Creek in Vancouver. For those who know both, the similarities are striking. Interesting, as we know Dubai is itself getting to host World Expo 2020 in October next year.

The Expo estimated that 14 million people would attend but the final attendees was actually 22 million – a huge success for any event management. The Expo had 52 pavilions and participation from 38 countries including the Soviet Union and the USA. Of the 22 million people who attended, there were many celebrities and famous people – but none more famous than the Princess Diana, where herself and Prince Charles did an eight-day tour of BC and gave glamour to the opening ceremonies of Expo 1986. 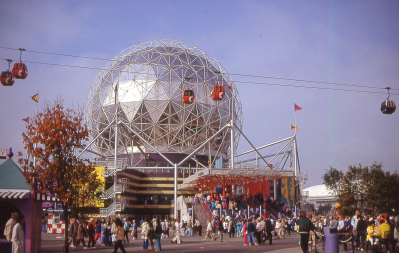 Before the Expo, many across the world probably hadn’t heard of Vancouver. However, the event put the city in the global spotlight and helped make it the popular destination it is today. It probably helped Vancouver to win the bid for the 2010 Winter Olympics as it was able to host a large-scale event such as Expo 1986.

A famous quote pertaining to Expo 1986 remains true to this day by Bud Luxford – “We invited the world and they didn’t go home.” For anyone who has been to Vancouver, where natural beauty of mountains, the water and nature abound the province of BC, it is no wonder why the city is usually on the top 10 list of most livable cities in the world.

It showcased Canadian hospitality and friendliness and made Expos fun

Canadians have this stereotype of being really friendly, especially from BC, and they definitely showcased that at Expo 1986. The creative director of Expo 86, Ron Woodall, was responsible for the look, feel, content, and personality of the event and he was credited for making Expo 1986 from the educational, exhibit-heavy expositions of its predecessors, into what many considered an environment of celebration, colour and sound.

Despite the party-like atmosphere, it was actually well-planned and tailored to the needs of visitors. Organisers made customer satisfaction a priority by having a sample 1,000 visitor survey each day to quickly identify problems, for instance. Shifting the Expo to be a full-experience and not just educational and content heavy – in other words for visitors to also have fun – created a precedent for future Expos to follow which in itself is a legacy in its own right. 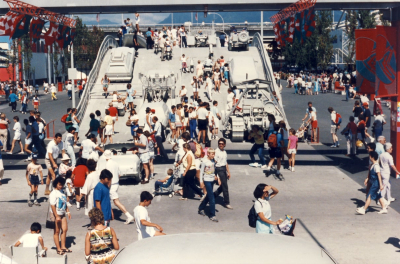 According to the Organiser at the time, Jimmy Pattison, the team eventually decided to put money and effort in entertainment and glitz. At the end, visitors didn’t have to just wait in line and go to a country pavilion, as they could soak up the atmosphere in the grounds.

Despite the challenges Vancouver faces, particularly with its high cost of living, especially property prices, the city’s ambitions to host an Expo and to get the city and province out of a recession nevertheless did transform it.

Vancouver’s Expo 1986, legacy-wise, did contribute much to the Expo community – through economic development and utilisation of assets post-Expo, by showcasing to the world, well-planned crowd control, and just by having a good time.