The story behind the Palazzo dell’Arte The history of the Palazzo dell’Arte goes back to Italian senator and philanthropist Antonio Bernocchi, who was a leading figure in the Italian textile industry. The Bernocchi brothers’ company, Bernocchi SpA, commissioned the Luminator Bernocchi, an innovative lamp that was both a work of art and a practical solution to illuminate garments from above without burning the fabric. The Luminator, which was designed by Luciano Baldessari, was showcased in the Italian Pavilion at the 1929 World Expo in Barcelona, and its success as an object of industrial design inspired the idea behind the establishment of a museum dedicated to design as well as art. 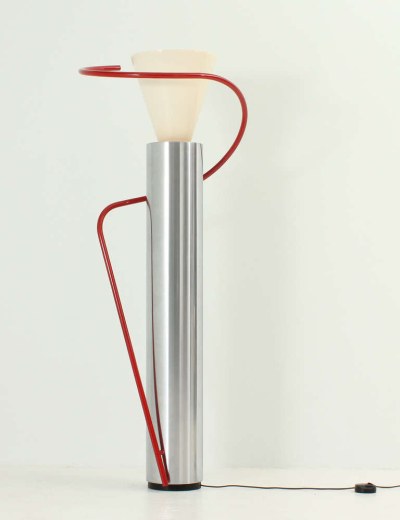 The Bernocchi family wanted to see the creation of a centre of Italian art and design that could serve as a place of meeting and exhibition, and could also host museum collections. As a result, the family provided the funding for the Palazzo dell’Arte, which was designed by Giovanni Muzio and completed in 1933 after only 18 months of construction. Muzio designed the building to be modular and flexible so that it could host exhibitions and major events.

The Palazzo dell’Arte was opened in time for the fifth Triennale, which had already built its reputation as a recurrent design expo, but which did not yet have a permanent home. The expo was previously held in Monza, near Milan, and the construction of the Palazzo dell’Arte allowed the Triennale to have a functional home in a convenient location. The building was gifted from the Bernocchi family to the city of Milan, allowing it to be kept as a design hub in between each Triennale.