Having established a reputation early in his career for being a perfectionist, with the mantra “quality is more important than merit”, Schwanzer was considered an appropriate choice for the Austrian Government when commissioning its Expo 1958 pavilion. 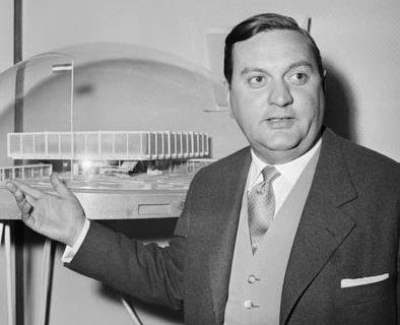 The resulting structure – 21er Haus – was considered a masterpiece of modernist architecture, receiving the Expo’s Grand Prix d’Architecture. Designed on a very limited budget, the lightweight glass and steel structure was conceived as the model of a 21st century home, and was notable for its straight lines, central steel supports and mostly transparent surfaces. Following its success at the Expo, the pavilion was later modified and rebuilt in Vienna as a museum of 20th century life. Today, the structure is a key part of the city’s art scene, housing a museum of contemporary art within the Belvedere complex. 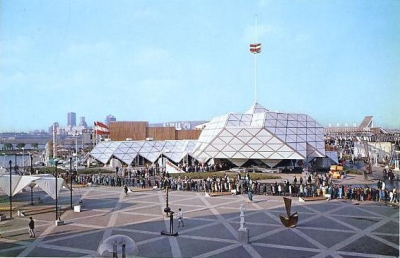 The success of the Expo 1958 pavilion fuelled Schwanzer’s international reputation, and led Austria to select him once again for Expo 1967 Montreal. While maintaining an innovative modernist style, Schwanzer opted for a more geometric design, with prefabricated triangular elements – a white honeycomb – evoking Austria’s landscape, but also paying tribute to its science and arts. The crystalline pavilion was designed to portray “diversity in unity as an Austrian characteristic”, with several sections dedicated to subthemes of the Expo. The pavilion also notably featured “Austrovision”, an ultra-modern, audio-visual experience that depicted the day-to-day lives of Austrians in the past and the present. 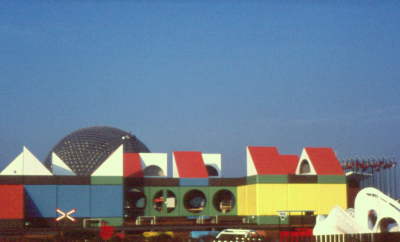 In addition to the national pavilion, Schwanzer made a playful contribution to Expo 1967 by designing the City of Vienna Kindergarten, which served as an on-site nursery for Expo staff and visitors alike. Conceived as an experimental day-care centre with fun at its core, the instantly recognisable kindergarten looked like an oversized kid’s construction set with its large multicoloured geometrical blocks. Throughout the course of the Expo, the kindergarten welcomed over 3,000 children, offering a range of fun activities while their parents enjoyed the Expo site.

Passing away only seven years later, Karl Schwanzer never had the opportunity to represent his country again at a World Expo. His legacy remains alive to this day, however, with his Expo pavilions and other creations – including the BMW headquarters and the Austrian embassy in Brasilia - leaving their mark in modernist architecture.

At World Expos, Austria continues to promote innovation and showcase bold ideas as it did with Karl Schwanzer. At Expo 2015 in Milan, the country's pavilion, designed by a team led by Klaus K. Loenhart, won a gold award for design. Meanwhile, Austria is currently in the process of selecting the design team for its pavilion at Expo 2020 Dubai...