World Expo 2010, held along the banks of the Huangpu River in Shanghai, China, marked the first time that a World Expo theme focused on quality of life in cities. This gave the international community a unique opportunity to share their achievements and offer a comprehensive overview of the theme of “Better City, Better Life”. In those 184 unforgettable days, 246 countries and international organisations showcased their ambitious plans and creative ideas for urban development, making a significant contribution to the advancement of human civilisation and the sustainable development of cities. Beyond its physical impact on Shanghai, the spiritual wealth of the Expo is today seen in the creations of the Shanghai Declaration, most notably the Shanghai Manual and the establishment of World Cities Day. 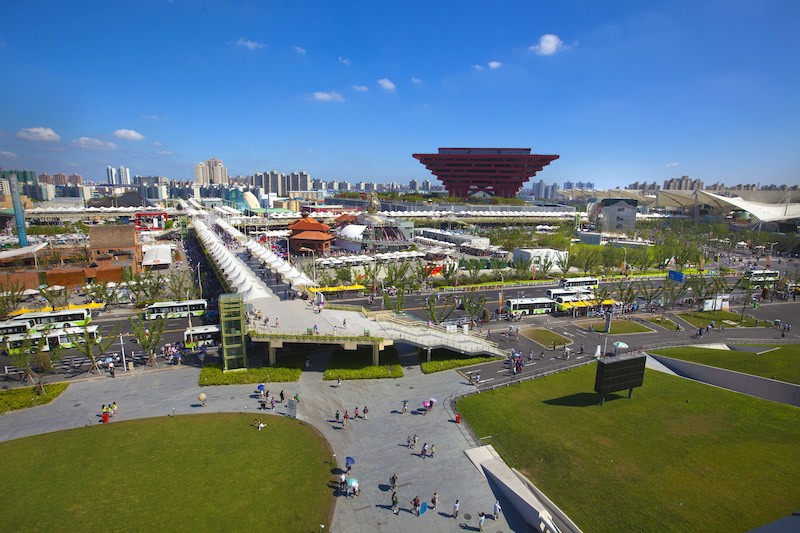 On 31 October 2010, Expo 2010 Shanghai drew to a close, as did the Summit Forum, jointly held by the United Nations, the Bureau International des Expositions (BIE) and the Shanghai Expo Organising Committee. During the closing ceremony of the Summit Forum, Yang Xiong, the then Vice Mayor of Shanghai and the Executive Deputy Director of the Shanghai Expo Executive Committee, on behalf of all the Expo exhibitors and participants from all over the world, read out the concise yet meaningful Shanghai Declaration, which contained only 23 sentences of 1,600 Chinese characters.

“At present, with more than half of humankind living in cities, our planet has entered the urban age. Rapid urbanisation and industrialisation have offered to humanity the abundant fruits of modern civilisation, but at the same time they have brought unprecedented challenge. Population explosion, traffic congestion, environmental pollution, resources shortages, urban poverty and cultural conflicts are becoming urban problems with a global scope. For historical and current reasons, these phenomena are especially prominent in many developing countries.”

The Declaration points out that it is necessary for us to reconsider the relationship between people, cities and the Earth in the process of urbanisation. It also advocates that we should create an ecological civilisation for the future, pursue a comprehensive and balanced growth mode, stick to technology-based development, build an intelligent and convenient information society, cultivate an open and sharing diversified culture, establish friendly and amicable living communities and embrace a harmonious and mutually supportive urban-rural relationship. 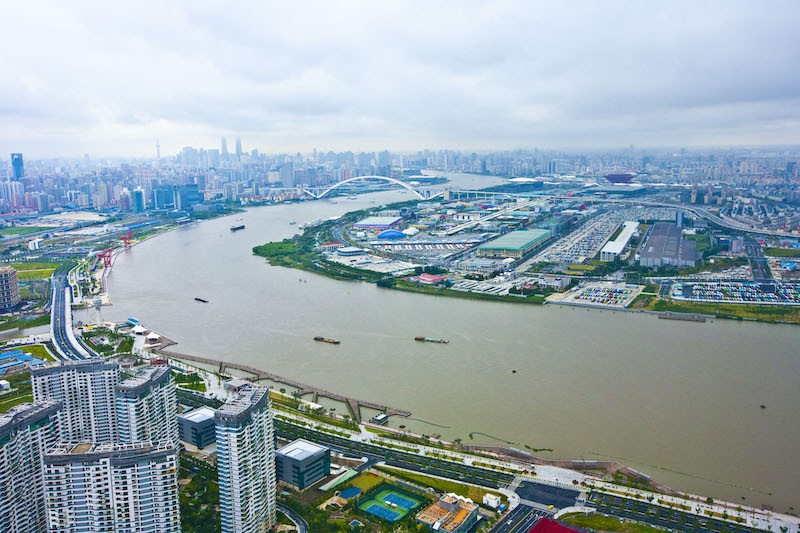 Finally, the Declaration ends with two appeals. The first is to comprehensively summarise the ideological achievements of the Expo, its forums and the best practice areas, and to collect the valuable experiences of different cities all over the world and the common wisdom of human beings obtained in cities’ development so as to communicate them with the public, have them popularised worldwide and then provide urban managers with construction and management experiences. The second is to set 31 October, the closing date of Expo 2010 Shanghai, as World Cities Day, so that the concepts and practices of the Expo can be passed down forever, to encourage an unremitting endeavour and pursuit for urban innovation and harmonious development.

Delegates of the forum expressed their support with warm applause for this international document, which embodied the ideological achievements of various kinds of exhibits, activities and forums at the Expo and encapsulated the Expo theme “Better City, Better Life”. Furthermore, the Shanghai Declaration introduced the innovative concept of “harmonious city development” to solve the common problems we are facing today gave prominence to the New Millennium Development Goals of the UN and the 3rd UN Conference on Housing and Urban Sustainable Development (hereinafter referred to as the HABITAT III conference). There is no doubt that the Declaration was the most significant ideological outcome of Expo 2010 Shanghai and serves as a milestone for sustainable urban development. The two appeals in the conclusion of the Declaration say even more for the Chinese Government; for one thing, it could be deemed as a great opportunity to pass on the spiritual legacies of Expo 2010 Shanghai, and for another, it set a solid foundation for the application and establishment of World Cities Day.

Consensus within the international community

The establishment of World Cities Day, on the one hand, honoured the solemn commitment made together by the Shanghai Expo Organising Committee, the UN and the BIE, and on the other hand, effectively followed up on the outcomes of Expo 2010 Shanghai. The proposal to establish World Cities Day was in line with the trend of global urbanisation and was consistent with the tenets and goals that the United Nations, the Bureau International des Expositions (BIE) and the United Nations Human Settlements Programme were striving to achieve. 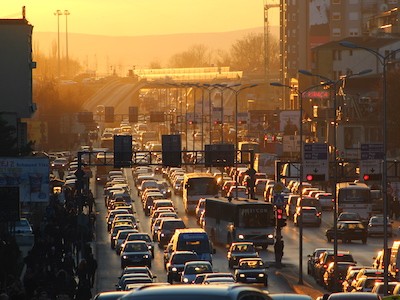 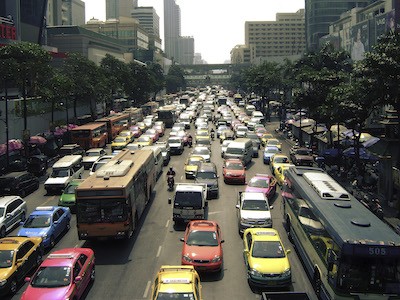 The Secretariat of the BIE, under whose auspices Expo 2010 was organised, spoke highly of and gave great support to the establishment of World Cities Day. During his many visits to Shanghai, Mr. Vicente G. Loscertales, then Secretary General of the BIE, met with members of the working group to follow up the latest progress and deliver his own advice and suggestions. In April 2012, the CCPIT (China Council for the Promotion of International Trade) sent an official letter to the BIE, suggesting that the application and establishment of World Cities Day should be included into the agenda of the BIE Executive Committee meeting in Paris on 24 April. Later, in June 2012, during the 151st General Assembly of the BIE, with the support of Mr. Loscertales, the proposal of filing World Cities Day to the United Nations was passed unanimously by BIE Member States and 31 October was voted to be World Cities Day.

In April 2013, when the 24th Board Meeting of the Human Settlements Programme started in Nairobi, the Chinese delegation attended and spoke of the significance of World Cities Day. On 19 April, when the Plenary Meeting was held, 16 countries including China, Russia, Nigeria, Kenya, Sri Lanka and Morocco proposed the adoption of the resolution to establish World Cities Day during the 68th General Assembly of the United Nations. At last, when the President of the Assembly announced the final approval of resolutions including World Cities Day, all the participants cheered with enthusiastic applause.

On 24 July 2013, the United Nations Economic and Social Council, after discussion, decided to approve all the resolutions put forward by the 24th Board Meeting of the Human Settlements Programme, including the establishment of World Cities Day. On 6 December 2013, the Second Committee Meeting of the 68th Session of the United Nations Assembly was launched in the UN headquarters, during which the resolution concerning human settlements was passed, and 31 October was assigned to be World Cities Day, starting in 2014. This was the very first time that China initiated an international day with the support of all UN Member States.

The first edition of World Cities Day, held in 2014, was hosted by the City of Shanghai

Over the past years, joint efforts from various parties, including the Chinese Government, have been dedicated to the establishment of World Cities Day. From the application to its final approval, it was approved by the BIE General Assembly, the UN Human Settlement Programme Council, the UN Economic and Social Council, and the UN General Assembly. It is absolutely positive that World Cities Day draws the attention of the international community to the progress in global urbanisation, and brings all countries together to share opportunities and cope with challenges rising from urbanisation and achieve sustainable development of cities and the world as a whole.

As an International Day approved by the United Nations, World Cities Day derives from the spiritual legacy of Expo 2010 Shanghai and shares its “Better City, Better Life” theme. Emerging from the requirements of our era, the day is of great importance to the sustainable development of the whole human race.

In the resolution passed by the 68th United Nations General Assembly concerning World Cities Day, it reads that from 2014, the 31 October is assigned as World Cities Day. It stipulates that countries, the UN system (especially the Human Settlement Programme), relevant international organisations, civil society and all other relevant stakeholders are invited to celebrate this day, via all kinds of activities so as to raise more attention around the subject. It also stresses that the expenditures of the celebration activities should be collected by voluntary donations and that these activities require effective organisation. The day serves as a platform through which problems arising from urbanisation worldwide, those affecting the developing countries in particular, can be solved by transnational cooperation. 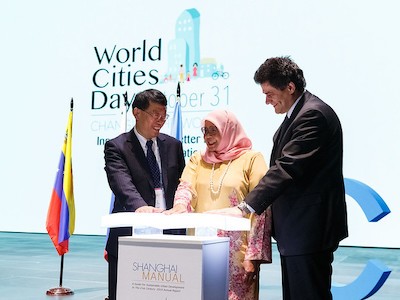 The 2019 edition of World Cities Day was hosted in Ekaterinburg, Russia. Credit: UN-HABITAT 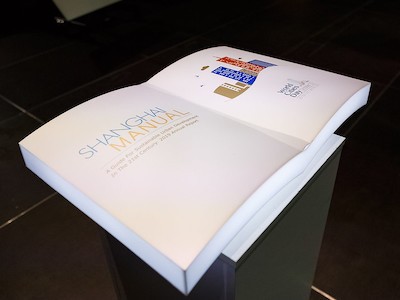 The 2019 edition of the Shanghai Manual was released on the occasion of World Cities Day 2019. Credit: UN-HABITAT

World Cities Day aims to draw people’s attention to problems of various fields the world is facing in the process of global urbanisation, including problems in urban economy, urban culture, urban planning, urban environment, urban management, urban technology and informatisation and so on through themed activities, forums, award presentations, training and achievement sharing. This will allow the governments concerned, especially governments of developing countries, and society as a whole to actively take advantage of these great opportunities and to come up with corresponding solutions to cope with these challenges via effective urban management.

Having been derived from the Expo 2010 Shanghai, World Cities Day serves as a platform to bridge all the cities of the world together, in order to build a poetic habitat for everyone. We have faith that through World Cities Day, and the continuous interest and efforts the international community has been showing towards urban development issues, we are embracing a brighter and more promising future for urban development.

This article is adapted from a text that was first published in the 2017 edition of the BIE Bulletin entitled “Sustainable Innovation and Legacies in Expos of the 21st Century: A World in Common”.