Official Participant Awards: which pavilions were in the spotlight at Expo 2012 Yeosu? As Expo 2017 Astana draws to a close, the international participants are eager to learn who will win the Expo 2017 Official Participant Awards. At each Expo, an international jury assesses different aspects of the pavilions, recognising those that stand out.

At the last Specialised Expo, which took place in Yeosu (Republic of Korea) in 2012, a total of 24 gold, silver and bronze awards were handed out, split into four different categories according to the size of the country’s participation. Within each category, each pavilion could receive awards based on their development of the “Oceans and Living Coast” theme, or based on their creative display. 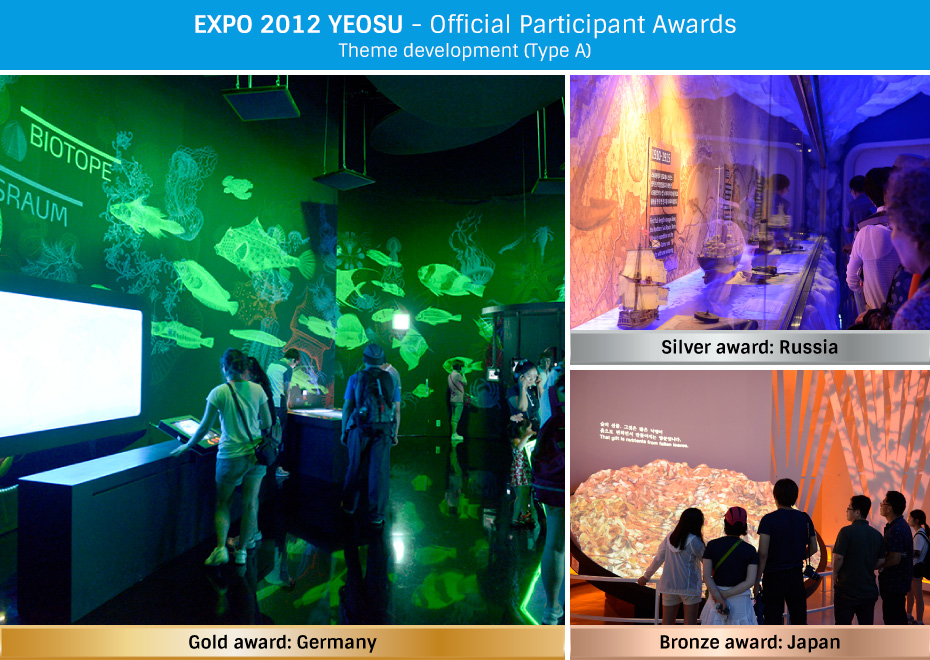 Among the countries with the largest pavilions, consisting of four or more modules (Type A), Germany received the gold award for Theme development, with Silver going to Russia and Japan taking bronze. 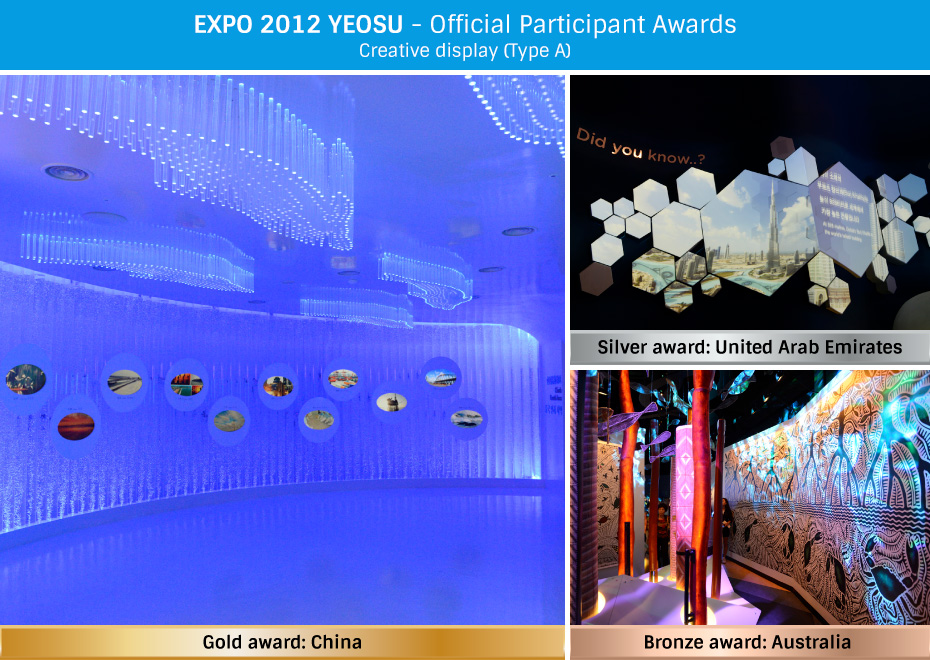 For Creative Display in the Type A category, China won the gold award, with United Arab Emirates and Australia receiving silver and bronze, respectively. 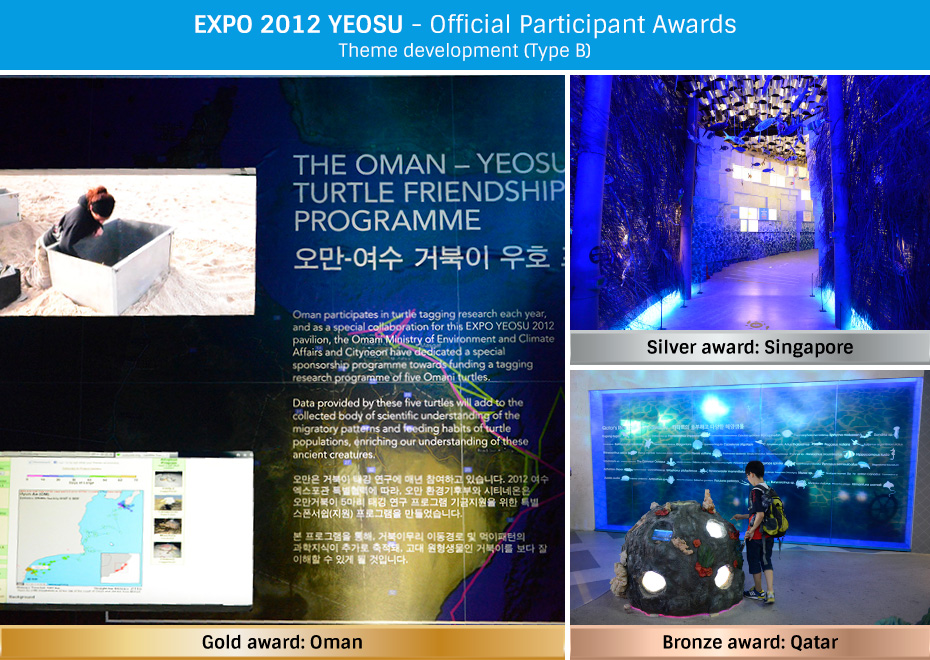 In the Type B pavilions (those with two or three modules), Oman won gold for Theme development. Singapore was awarded the silver award, with bronze going to Qatar. 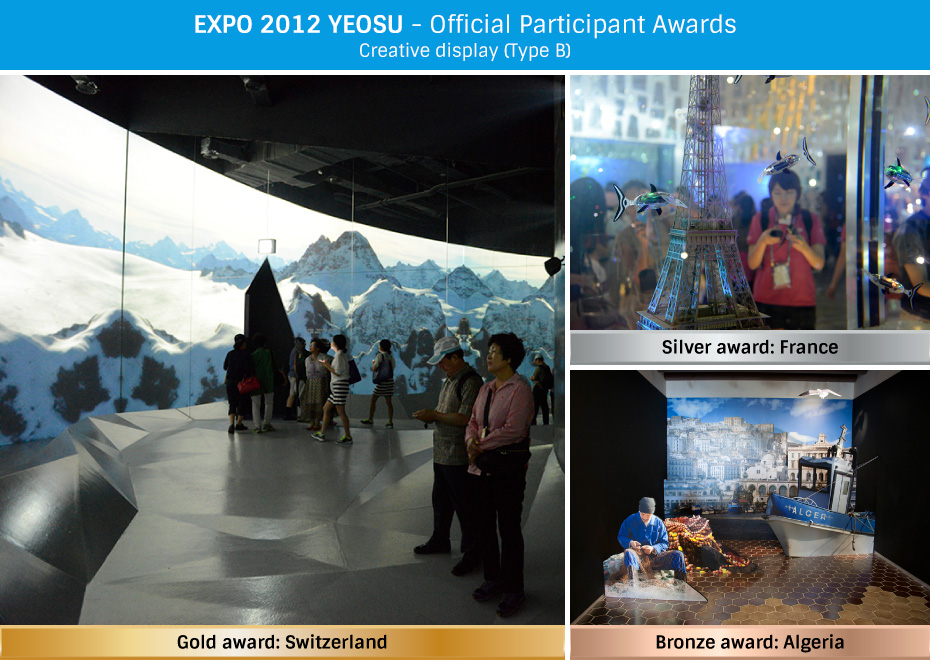 Switzerland won the gold award for Creative Display among Type B pavilions, with silver going to France and bronze going to Algeria. 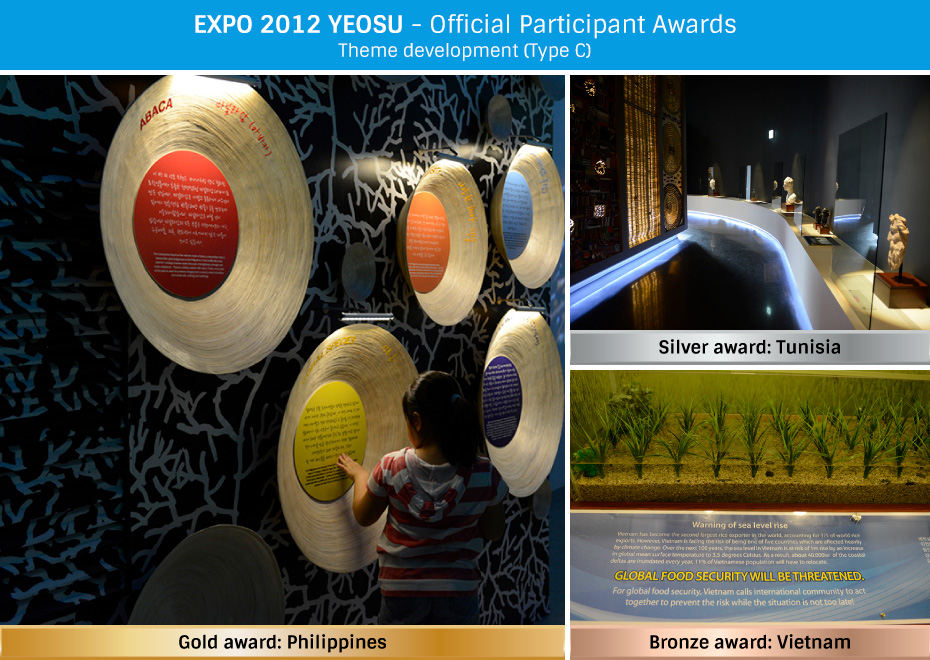 In Type C pavilions, consisting of one module, the Philippines won the gold award for Theme development. Tunisia was awarded silver, with Vietnam receiving bronze. 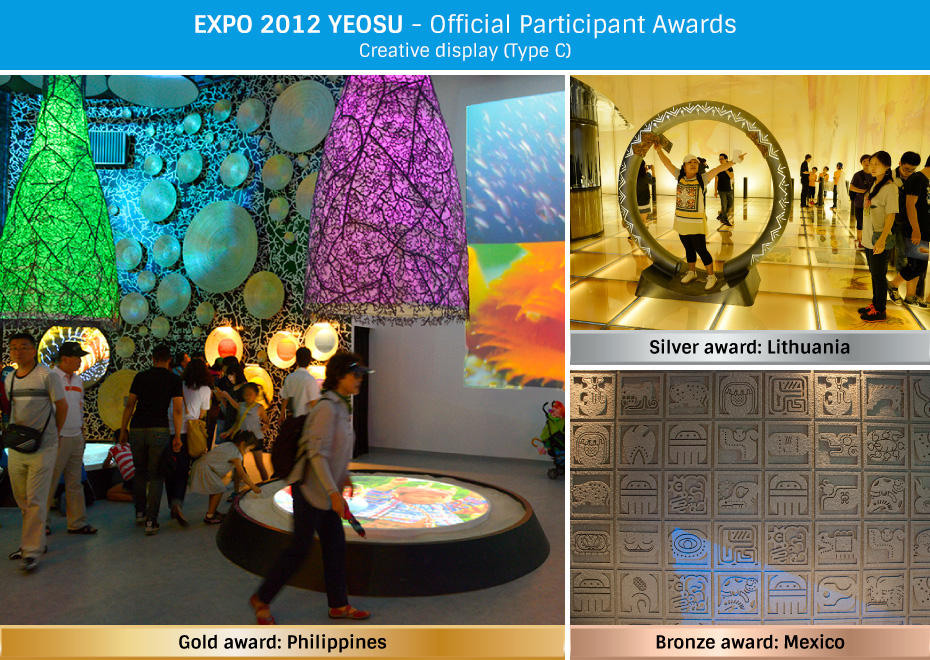 The Philippines scooped a double gold, receiving the top award for Creative display in addition to Theme development. Silver was awarded to Lithuania, with Mexico receiving bronze. 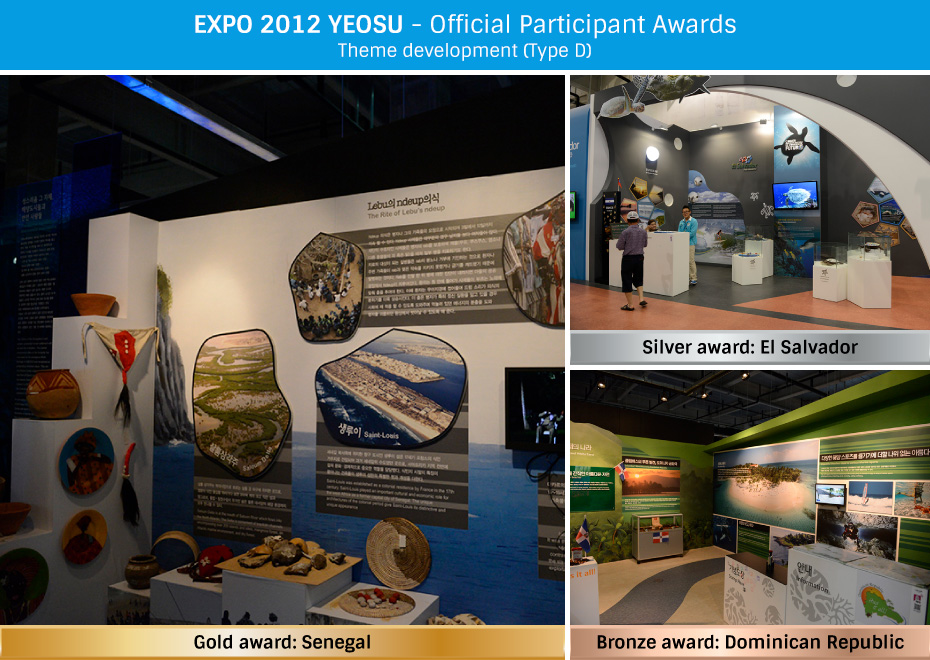 Among international participants in joint pavilions (Type D), the gold award for Theme development was granted to Senegal, with El Salvador receiving silver and the Dominican Republic awarded bronze. 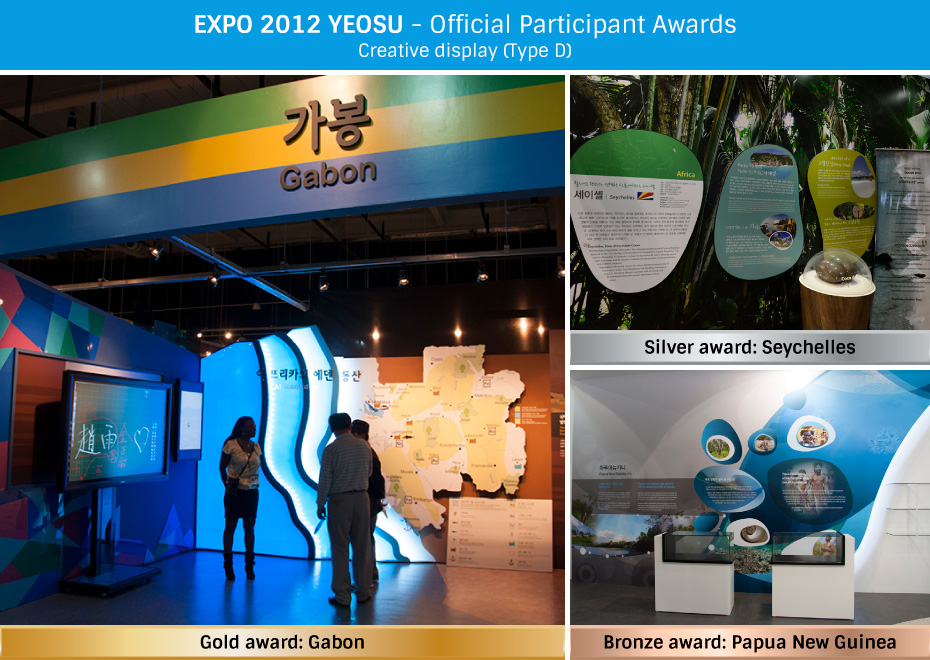 For Creative Display in the joint pavilions, Gabon won the gold award, with silver going to the Seychelles and bronze granted to Papua New Guinea.

An international jury has started a four-day visit of Expo 2017 Astana. All the winners will be revealed during an evening ceremony on BIE Day, which will take place on 9 September, on the eve of Expo's closing ceremony.