Strategically-placed vegetation can cut energy consumption by up to 50% and play a crucial role in filtering atmospheric pollutants in a city. Urban greening – planting living, green walls or roofs, wherever possible in urban spaces and cities - has become the trend for overcrowded cities, seeking to conserve energy and reduce air pollution and greenhouse gas emissions.

The concept, which has been around for over 2,000 years, combines nature and architecture, and has tremendous potential for improving energy efficiency in a city. 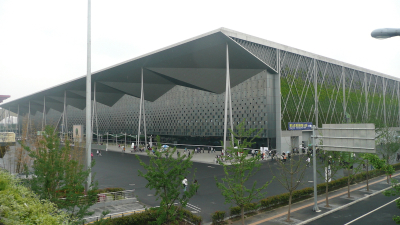 Ultra-modern forms of urban greening were showcased in several pavilions at Expo 2010 Shanghai, with techniques ranging from vertical green façades, to terrace planting and sky gardens. An exemplary manifestation of sustainable design, the Expo’s spectacular Theme Pavilion showcased a 190-metre long and 26-metre high living, vertical green wall, which naturally cooled the building and its environs. The greenery system also improved the indoor air quality for its visitors.

Spanning 5,000m2, the pavilion retained 870 tonnes of dust and reduced CO2 emissions by 96 tonnes, while cutting electricity consumption by 125,000 kWh and boosting the efficiency of the building’s solar panels. Created from hardy plants that require minimal maintenance, the pavilion consumed 40% less energy than a conventional glass curtain wall, making it the green lung of the Expo. 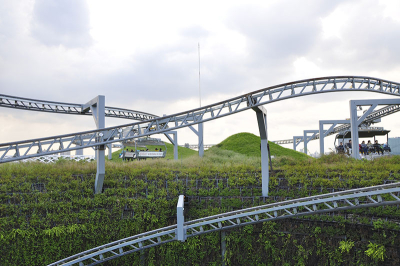 Of the 240 structures on the site of Expo 2010, 80% incorporated some form of large-scale greenery, embracing the Expo’s theme “Better City, Better Life”. In the Urban Best Practices Section, the Shanghai pavilion’s moveable green panels helped cut energy consumption by over 200%, and the Alsace pavilion’s huge vertical green wall promoted the integration of vegetation into urban spaces.

Singapore’s pavilion notably made use of green walls and hanging gardens on its roof, reflecting the city state’s challenge of creating attractive leisure space while saving energy by controlling the temperature. Switzerland’s pavilion featured a 4,000m2 lawn on its roof, inspired by the country’s own landscape, while India’s pavilion boasted an elegant multi-coloured dome roof covered in different types of grasses and flowers, improving its energy efficiency. 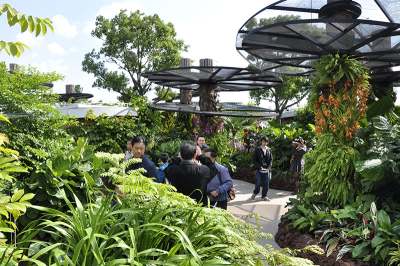 Following Expo 2010 Shanghai, a number of cities have taken heed of the advantages of greening best practices displayed at the Expo, as architects and engineers increasingly seek to design and build more ‘zero-emission’ districts and eco-cities. For example, the Shanghai Tower, an Eden of plant-filled atriums that combines skyscraper with green spaces, exemplifies the futuristic plantascraper concept of energy-efficient and high-rise greenery.