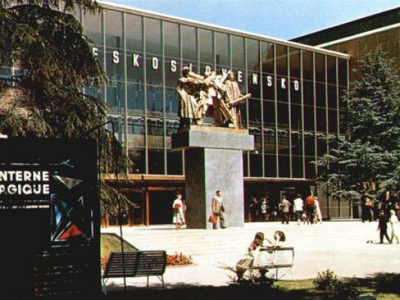 The combination of cinema, theatre, music and ballet in such a manner made the performance a novelty for the era, offering spectators a unique composition. The 13-scene spectacle included a movie projection superposed by a ballet performance, followed by a cymbal concert, a dance representation and a piano recital, all using an innovative multiscreen system. This system, pioneered by Josef Svoboda, consisted of eight projectors on different screens at the same time. The movie projections were combined with on-stage actors and dancers who were in constant interaction with the stories depicted on the screens.

Premiering the concept of multimedia theatre, the performance proved to be a major hit among visitors and theatre critics alike. The Belgian press, charmed by the originality of the show, popularised the “magic lantern” name, referring to the early image projector first developed in the 17th century. 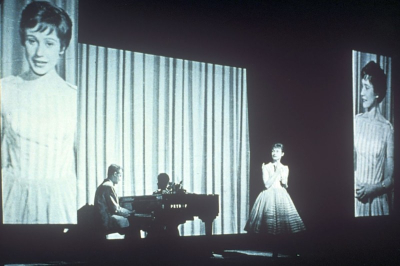 Following its first performance on 9 May 1958, the hype continued throughout the Expo, with a total of 150,000 spectators during its run. Pavilion organisers were taken aback by its popularity, having to create four separate queues and eventually a reservation system to manage the demand. It was the cultural highlight of the Czechoslovakia pavilion, which itself received over 6 million visits and won an array of awards for its content, raising the country's profile in the West despite the context of the Cold War.

Laterna Magika proved so popular that performance and licence requests came from across the world, leading to the establishment of a permanent company in Prague in 1959. Maintaining its reputation for technical prowess and theatrical innovation, the company repeated its Expo success at Expo 1967 Montreal and Expo 1970 Osaka, and still exists today. In 2008, its 50th anniversary was marked by the commissioning of a special performance – Cocktail 008 – including a retro revue entitled 'The Brussels Dream' paying tribute to its Expo 1958 origins.