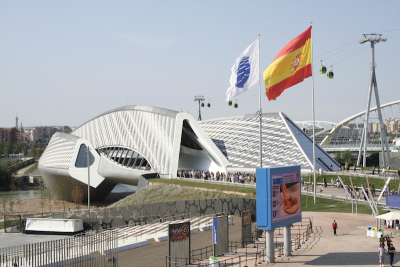 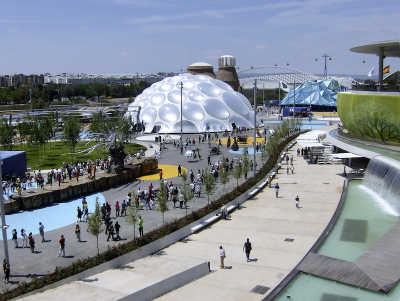 Kicking off the celebrations, a special gala is being held today by the Aragon region, which will be followed this weekend by a ‘Fiesta’ in the Parque del Agua, organised in partnership with the city of Zaragoza. The two-day event in the park, which adjoins the former Expo site will feature over 100 activities for all ages.

Beyond this, cultural association Legado Expo Zaragoza 2008, a citizen-run initiative to promote the Expo’s legacy, is organising a four-month commemoration programme throughout the summer. Running from today until 14 September, the Association will hold activities in Expo 2008’s River Aquarium, the largest of its kind in Europe and the only Expo pavilion that remains open to the public as it was during the Expo. With an increased number of fish species and growing visitor numbers, the Aquarium plays a key role in international river ecology research, boasting 250 partnership agreements with other aquariums and universities.

Guided tours of the Expo site will also be organised, as well as conferences dedicated to how the Expo was planned and developed, and public debates focused on the future use of from the Expo site.