Featuring a distorted tangle of human and animal figures on a 3.5x7.5 metre canvas, “Guernica” was painted by Picasso in his art studio on rue des Grands-Augustins in Paris between 1 May and 4 June 1937. As a heartfelt response to the bombing during the Spanish Civil War of the eponymous town in the province of Biscay, Picasso created the mural-sized oil painting in shades of grey, black and white.

His masterpiece was revealed for the first time as centrepiece of the Spanish Republican Pavilion designed by Luis Lacasa and Josep Lluis Sert, disciples of Le Corbusier. 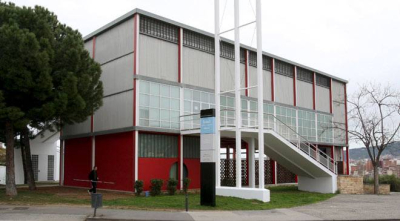 Following Expo 1937, “Guernica” embarked on a journey across the world, where it influenced numerous artists, sculptors, choreographers and filmmakers; before being placed, as requested by Picasso, at the New York Museum of Modern Art (MoMA) in 1958. The painting eventually returned to Spain in 1981, following the end of the Francoist regime, although tensions surrounding its political impact meant that it spent several years behind bulletproof glass.

As a globally recognised symbol of the cry against war, a tapestry replica of “Guernica” is hung in the Security Council room of the United Nations Building in New York City.

To mark the 80th anniversary of Picasso’s timeless masterpiece, “Guernica” is currently at the centre of an exhibition entitled “Pity and Terror” in the contemporary art and design Museo Reina Sofia in Madrid, which is now running until 4 September.“