5 ways that H55 changed the world of design Hosted in the Swedish city of Helsingborg in 1955, “H55”, was a Specialised Expo dedicated to architecture, industrial design and home furnishing. Taking place as functional and utilitarian design was growing in success, Expo 1955 marked the arrival of ‘Scandinavian Modern’ as a new genre. With prominent Scandinavian designers responding to the public’s demand for aesthetically pleasing yet practical household goods, the Expo drew global attention to the influential role of Nordic countries in advancing it.

Centred around functionality, simplicity, and beauty, here are 5 ways H55 influenced the world of design:

1. A new era for graphic design

The H55 style was embodied by the Expo’s own visual identity and logo, created by advertising artist Anders Beckman. The stylised H55 logo, promoting both the city of Helsingborg and Expo 1955, was developed and rolled out in an extensive manner, visible throughout the Expo and the city through posters, numerous souvenirs, on buildings, and even in specially made flower beds. Such a methodical campaign, though now commonplace, was then an ambitious and innovative approach to public communication. New design patterns also gained prominence from the side of the participants, with Elissa Aalto creating the H55 pattern for the interior of Finland’s pavilion. Aalto designed the pattern to decorate some of the soft goods such as pillow covers, tea towels and oven mitts within the ‘studio’ pavilion, largely created by her husband, Aalvar. 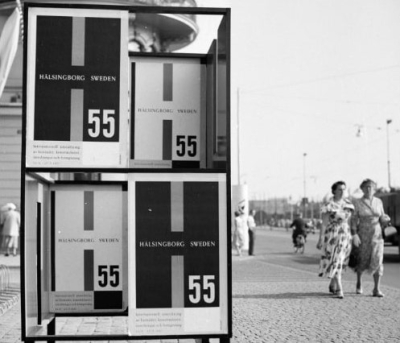 Gathering some of the most celebrated designers of the era, H55 was a springboard for launching exciting new furniture designs, with several of the models showcased at the Expo remaining iconic more than half a century later. Perhaps one of the most celebrated items presented was the adjustable H55 sun lounger, designed by Björn Hultén and which has proved to be a timeless piece for its simple and relaxed comfort. Outdoor seating was also presented in Finland’s pavilion, which featured Alvar Aalto’s specially designed wooden Terrace Chair as part of the display studio. Many other prototypes could be found throughout the Expo, with other celebrated models including Arne Jacobsen’s Series 7 stackable chair, and German designer Herbert Hirche’s snug Cocktail chair. 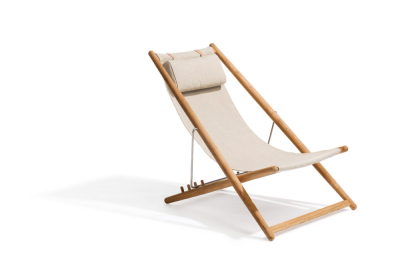 3. Stylish objects for any home

Embodying the 1950s expansion of design to cater to every household, H55 showcased a wide range of decorative objects that could be found in anyone’s home. After showcasing his glass designs at World Expo 1939 New York, Vicke Lindstrand presented the Kontiki series for glassmaker Kosta, while Ingeborg Lundin featured her iconic large ‘hour glass’ vases and hand-blown green glass 'Apple'. The Expo also provided Nils Strinning with the opportunity to showcase to the world his String Shelves – a simple and lightweight shelving system that can be both practical and decorative in any room of the house. 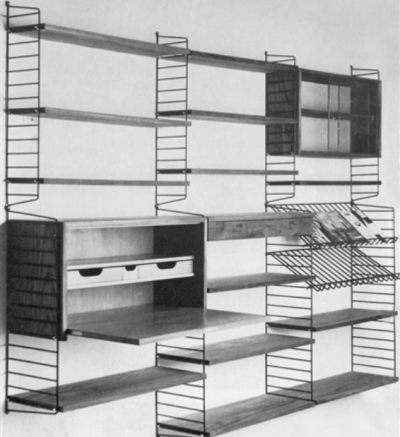 4. A new mode of food preparation

In line with the functional focus of design in this post-war era, a number of objects showcased at H55 were aimed at making the preparation of food simpler and more efficient. Applying new technology to this movement, Stig Lindberg created the Terma range of stoneware, made with flame-retardant material Novarlit, which had been created for rocket launchers. The Terma range included frying pans, pots, teakettles and coffeepots, and made it possible to cook and serve food or drink in the same receptacle, simplifying housework while maintaining a beautiful aesthetic. 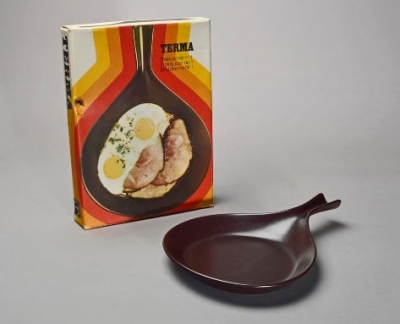 Not limited to cooking and preparing food, Scandinavian Modern was also part of a major shift in the way people consumed food. In line with the trend towards more utilitarian objects, Folke Arström launched the stainless steel Focus cutlery set at H55, with the items attracting worldwide attention for their refined style, practicality and ease of use thanks to the soft, rounded edges. This new style of cutlery, which was also seen with Sigurd Persson’s Servus flatware collection, favoured a more relaxed dining experience in comparison with old-fashioned sharp cutlery. 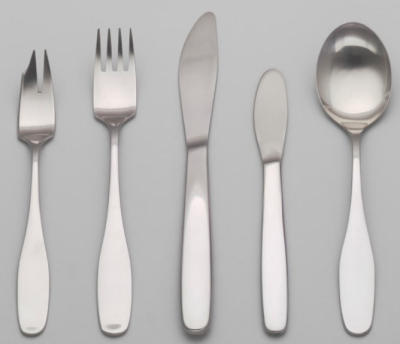 Find out more about Expo 1955 Helsinborg