On 31 October 2010, the most visited Expo in history - World Expo 2010 Shanghai - closed its gates to the public after 185 days. The transformative event embarked tens of millions of visitors on a journey into the theme “Better City, Better Life”, and left a lasting impact on Shanghai, China, and the world. Here are a few interesting facts about this truly groundbreaking World Expo:

By its sheer size and scale, Expo 2010 Shanghai broke many Expo records. With a total of 73 million visitors, it was the most visited World Expo ever, and also holds the record for the most visitors in one day with 1.03 million visits on 16 October 2010. It also had the largest World Expo site, spanning 523 hectares – the size of 1,000 football fields. Within the site, the Expo Axis featured the world’s largest membrane roof with a surface of 65,000m2, and the Expo theme pavilion had the world’s largest green wall, spanning 5,000m2. In terms of participation, a total of 246 countries and international organisations took part in the Expo, the highest ever.

2. A journey to China for unique objects

Extraordinary objects made their first trip to China to be showcased at Expo 2010. The statue of The Little Mermaid, inspired by the Hans Christian Andersen character, travelled 8,248 km to be the centrepiece of Denmark’s Expo pavilion. While the Little Mermaid receives around 1 million visitors annually in Copenhagen, the statue received around 5.6 million visitors in the span of six months – showcasing her ability to also be a diplomat. In Israel’s pavilion, two pages of the original manuscript of Albert Einstein's famed "General Theory of Relativity", on which he noted the most famous formula for modern physics - E=mc2, were on display to the amazement of visitors.

3. Robots of all shapes and sizes, including a giant baby

Robots from all around the world were presented at the Expo. France’s pavilion featured a squad of its ‘Nao’ robots, with 20 of them doing a synchronised dance display. In Japan’s pavilion, humanoid robots served meals and even played the violin. Visitors were equally impressed in Spain’s pavilion where a giant 6.5 metre high electronically animated baby named Miguelin could be seen “breathing”, moving his head and blinking.

4. The establishment of a UN Day celebrating the Expo 2010 theme every year 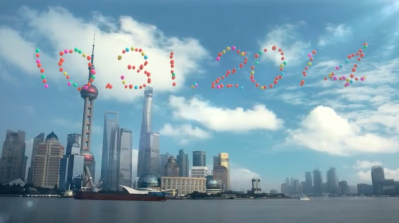 On the basis of the Expo’s theme “Better City, Better Life”, the Shanghai Declaration, a guide for urban sustainable development, was jointly issued by all participants in the Expo. The Shanghai Declaration created the World Cities Day (WCD), adopted by the UN and celebrated every year on 31 October – the closing day of the Expo. WCD promotes the implementation of the New Urban Agenda and continues to focus international attention to the challenges of urbanisation. 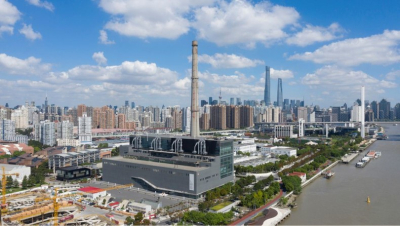 The redevelopment of the Expo site – formerly home to heavy industries – contributed to the creation of the West Bund Cultural Corridor. Spanning 9.4km2 along the banks of the Huangpu River, the cultural district includes more than 20 cultural institutions, including the Centre Pompidou x West Bund Museum Project, the Yuz Museum, and the Power Station of Art. The Expo site has also spawned other cultural projects, including the World Expo Museum, and the China Art Museum and the M21 contemporary art museum, located respectively in the former China pavilion and the former France pavilion.