It was on 28 April 1967 – 55 years ago today – that Montreal invited the whole world to discover “Man and his World” at Expo 1967. The spectacular World Expo, which marked Canada’s Centennial, gathered 60 countries and registered over 50 million visits during its six-month run. Here are five interesting facts about Expo 1967 Montreal:

1. Expo 1967 was built on reclaimed land from the St. Lawrence river

Faced with a choice of several potential Expo sites, each with their own logistical challenges, Montreal’s Mayor Jean Drapeau took the bold step of creating an artificial island in the St. Lawrence River, and extending an existing one, to host the Expo. The two islands – Notre Dame Island and Sainte-Hélène Island – connected to the city centre with Montreal’s new metro network, which opened six months before the Expo. The islands today form Parc Jean Drapeau, a popular public space with numerous cultural, sports and event facilities.

2. Expo 1967 took an innovative approach to attract visitors from the United States 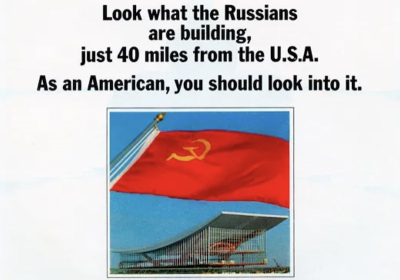 With the United States being Canada’s large and populous neighbour, Organisers naturally sought to attract American visitors to the Expo, and came up with some daring marketing campaigns to achieve this goal. One of these, evoking the Cold War context at the time, was a magazine advertisement showing an image of the USSR pavilion, accompanied by the headline: “Look what the Russians are building, just 40 miles from the USA”. The light-hearted campaign then encouraged Americans to discover the “fascinating” pavilion of the USSR as well as others at the Expo. With almost half of all Expo 1967’s visitors coming from across the border, the campaigns clearly worked.

3. Expo 1967’s ‘Indians of Canada Pavilion’ made a bold statement about indigenous peoples

Amid the general celebratory mood of Canada’s displays at Expo 1967 Montreal during the country’s 100th anniversary celebrations, one pavilion took visitors on a different journey, telling the story of Canada’s indigenous peoples. Named the Indians of Canada Pavilion, it was an indigenous-led exhibit that – quite remarkably for the 1960s in Canada – made an impactful statement about the treatment of indigenous peoples in Canada’s past and present.

4. Expo 1967 gave Montreal one of the world’s most unique housing projects 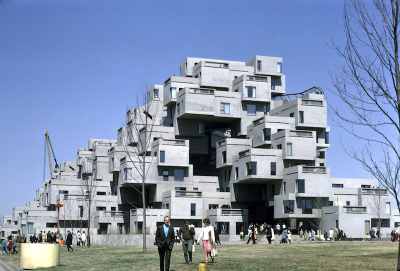 As part of the ‘Man and his World’ theme, Organisers of Expo 1967 Montreal commissioned the young Israeli-Canadian architect Moshe Safdie to develop the modular housing project that he developed as a master’s thesis. The goal of the development aimed at solving the problem of urban sprawl by offering the advantages of a private home within the confines of an apartment building. The resulting ‘Habitat 67’ project was built on Montreal’s Cité du Havre, and having gained international prominence during the Expo as a demonstration experiment, it remains one of the city’s most iconic structures, 55 years later.

The physical and intangible legacy of Expo 1967 Montreal is considerable, with one of the most notable outcomes being the word ‘Expo’ itself. Organisers sought a recognisable name for the event that could work in both French and English, opting for ‘Expo’ as a contraction of the French word exposition. The term proved to be a hit, being adopted by Expo 1970 Osaka three years later and then by subsequent exhibitions, so that it now a household name in various languages around the world.

An earlier version of this text was modified for the sake of clarity.