Sixty-five years ago today, on 6 July 1957, the “Interbau” international building exhibition – Specialised Expo 1957 Berlin - opened its doors to the public in Berlin’s Hansaviertel neighbourhood. The Expo, which took place in response to the housing shortage in West Berlin and sought to showcase the modern architecture, transformed the area and left behind a variety of architectural masterpieces. With a total of 53 architects involved in the large-scale project to build “the city of tomorrow”, discover five iconic buildings from Expo 1957 Berlin:

Brazilian architect Oscar Niemeyer - who also designed Brazil's pavilion at Expo 1939 New York - planned a residential building with a communal area on the fifth floor, but was forced to modify this and insert additional apartments to meet with Berlin's housing needs. The 78-apartment building is elevated on chunky V-shaped pillars to create a shaded walkway, and notably features a triangular elevator tower behind the main block. 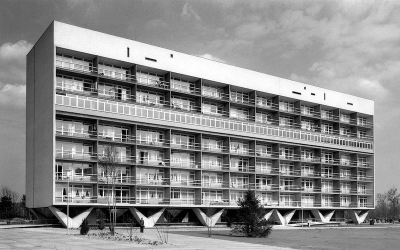 Bauhaus founder Walter Gropius created a nine-floor residential building for Interbau in collaboration with The Architect’s Collaborative. In comparison to Gropius’ earlier work, the block is characterised by a less formal design, with the balconies variously arranged in a differentiated pattern, while the narrow sides of the building feature a number of sideways-facing apartments. The building, recognisable for its colourful façade, drew crowds when the Expo opened and was listed as a protected monument in 1980. 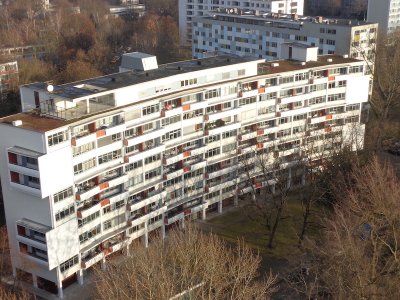 Finnish architect and designer Alvar Aalto, who designed the interior of Finland’s pavilion at World Expo 1939 New York – also contributed to Interbau with an eight-story building housing 78 apartments. In an effort to bring more nature into the home, the apartments were designed with large patios connected to several rooms, and windows were installed on all walls. Furthermore, one of the apartments in the complex was originally furnished by Aalto himself. 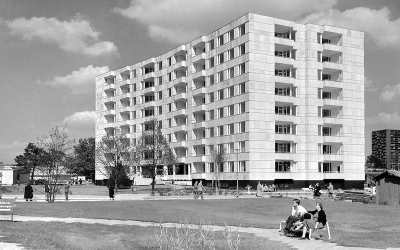 The celebrated Swiss architect Le Corbusier first created the Unité d’habitation in Marseille several years prior to Interbau, with the concept based on offering sufficient living space while bringing people’s everyday needs and activities into the housing block: “a city within a city”. The presence of Le Corbusier at Expo 1957 was considered essential, yet his requirements for a Berlin Unité d'habitation led to tensions due to the size of his project - much larger than initially intended for Hansaviertel. Housing 530 apartments and 17 floors tall, the ‘Corbusierhaus’ was eventually built in Charlottenburg, and was listed as a protected monument in 1996. 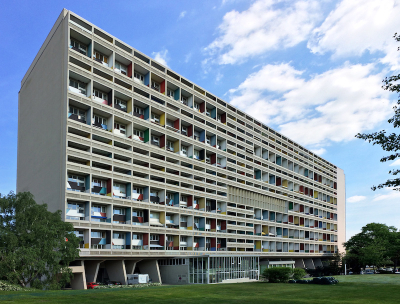 The United States’ contribution to Expo 1957 Berlin was the Congress Hall, designed by the former assistant of Gropius, Hugh Stubbins. The recognisable structure, nicknamed the ‘pregnant oyster’, was intentionally built on an artificial mound so that it could be seen from East Berlin, and is characterised by its wing-like roof. The United States gifted the pavilion to the City of Berlin after the Expo. Following a tragic roof collapse in 1980, the structure was rebuilt over five years, and in 1989 become the headquarters of the Haus der Kulturen der Welt (the House of World Cultures). 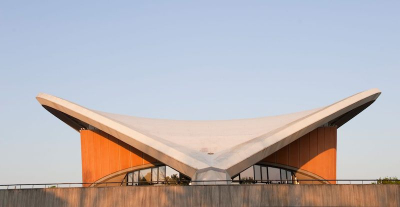